America’s main battle tank may be facing off against Russian armor soon.

The Biden administration is seriously considering sending M1 Abrams tanks to the Ukrainian armed forces as part of a deal to break an impasse among Kyiv’s Western allies, the Wall Street Journal reported Tuesday.

The delivery of a “significant” number of M1’s would be announced alongside a pledge by Germany and Poland to send their own German-made Leopard 2 tanks, the paper reported.

A formal announcement could come later this week.

The inclusion of American armor could break the deadlock between Poland and Germany over providing tanks to Ukraine ahead of the spring, when fighting is expecting to increase.

Ukraine, which largely relies on the same arsenal of modified Soviet-era tanks as their Russian foes, has requested NATO-made fighting vehicles for months.

To date, only the UK has pledged so-called main battle tanks to Kyiv, agreeing in principle to provide 14 of its Challenger 2 tanks.

The US has committed to giving Ukraine M2 Bradley Fighting Vehicles — armored, tracked personnel carriers with a turret-mounted cannon — but despite their tank-like appearance, the nimble Bradleys lack the firepower of a true battle tank.

The Pentagon has previously expressed reluctance to send the M1 Abrams to Ukraine, citing the tank’s unique maintenance challenges.

Unlike the Leopard 2 and Challenger 2, which use typical diesel engines, the American-made Abrams uses a gas-turbine engine that runs on jet fuel.

Pentagon spokesperson Sabrina Singh said last week that the different engine made the tank much harder to maintain. “The Abrams are more of a sustainment issue,” she said.

The US has sent roughly $26.7 billion in military aid to Ukraine, both from its own stock and through weapons purchases with congressionally approved funds since Russia’s invasion began Feb. 24, 2022. 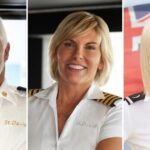 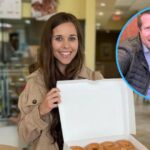