The White House doesn’t use a secret Facebook portal to request the removal of alleged “misinformation,” press secretary Karine Jean-Pierre said Wednesday when asked about a bombshell report laying out how government officials get tech firms to manipulate online speech — after her predecessor Jen Psaki said last year the White House was “flagging” posts it didn’t like to social media companies.

When pressed by The Post, Jean-Pierre said firmly that “no,” the White House does not use the recently exposed portal to request the removal of Facebook or Instagram posts.

The Intercept on Monday revealed the existence of the apparently still-active portal through which users with a government or law enforcement email address can submit content for deletion.

The revelation prompted outrage from civil libertarians who said the mechanism violated the spirit — if not the letter — of the First Amendment.

“Jen Psaki said from that podium in the summer of 2021, ‘We are flagging problematic posts for Facebook that spread disinformation,’” RealClearPolitics reporter Philip Wegmann said to Jean-Pierre. “Can you tell us whether the White House is still flagging social media posts for disinformation and are you submitting those to Facebook through a special portal?”

Jean-Pierre initially replied by asking Wegmann to “say a little bit more” about his inquiry.

Wegmann proceeded to describe some of the major details from The Intercept’s expose.

“There was reporting in The Intercept about opportunities for the federal government to identify for social media companies different posts that contained what was perceived as misinformation about the origins of COVID, the vaccine, other things as well — such as Ukraine or the US withdrawal from Afghanistan,” Wegmann said.

“I’ll say this,” Jean-Pierre replied, “The administration — the Biden administration remains fully committed to our mission to protect the security and resilience of our elections and safeguard election infrastructure. That includes combating disinformation.”

Jean-Pierre stressed that the Biden administration’s efforts to fight allegedly false information on the internet predated the disastrous April rollout of the Department of Homeland Security’s since-disbanded Disinformation Governance Board.

“We work to protect that — protect Americans from disinformation that threatens the homeland, including malicious efforts spread by foreign adversaries, [which] began before the Disinformation Governance Board was established,” Jean-Pierre continued. “In fact, some of that work began before this administration. So I want to be very clear that cross- agency work continues to this day. Don’t want to get ahead of anything else. This is a [matter for the] Department of Homeland Security — so I would refer you to them”

“So you are flagging misinformation?” Wegmann asked.

“I don’t have anything more to add. This is a Department of Homeland Security [matter] that I would refer you to,” she said without an explicit denial.

The Post then pressed Jean-Pierre for a firm answer.

The press secretary did not say, however, how precisely the White House was — at least of last year — flagging alleged misinformation to Facebook.

Psaki said that the White House was “flagging” posts at a July 15, 2021, press briefing at which surgeon general Vivek Murthy declared misinformation about COVID-19 constituted a public health crisis.

“We’re flagging problematic posts for Facebook that spread disinformation,” Psaki said. “We’re working with doctors and medical professionals to connect — to connect medical experts with popular — who are popular with their audiences with accurate information and boost trusted content. So we’re helping get trusted content out there.”

Psaki also said at that briefing, “it’s important to take faster action against harmful posts. As you all know, information travels quite quickly on social media platforms; sometimes it’s not accurate. And Facebook needs to move more quickly to remove harmful, violative posts that will be within their policies for removal often remain up for days. That’s too long.”

The American Civil Liberties Union tweeted Tuesday in response to the Intercept report: “The First Amendment bars the government from deciding for us what is true or false, online or anywhere. Our government can’t use private pressure to get around our constitutional rights.”

In some instances, courts bar the government from using its influence on private parties to get around possible constitutional violations. For example, authorities are in some cases not allowed to direct companies to provide information that otherwise would require a warrant under the Fourth Amendment.

The disbanded DHS Disinformation Governance Board was likened by critics to an Orwellian “Ministry of Truth” when it was announced just after billionaire Elon Musk reached a deal to buy Twitter to implement pro-free speech reforms.

Disclosure of the Facebook portal that continues the central and most controversial aspect of the DHS board coincidentally happened just days after Musk took over Twitter after fired top executives accused of politically biased censorship.

Sen. Bill Hagerty (R-Tenn.) and other critics said the board’s creation may have been illegal, pointing to the Antideficiency Act, which says the executive branch can’t spend money unless Congress authorizes it and to the Congressional Review Act’s rules for new regulatory measures.

So-called disinformation expert Nina Jankowicz was expected to lead the DHS board despite repeatedly casting doubt on The Post’s reporting on documents from Hunter Biden’s laptop. The Post’s reporting was censored by Facebook and Twitter before the 2020 election — only to later be verified 15 months later by the Washington Post and New York Times.

Psaki said earlier this year that the board would merely continue anti-disinformation work underway during the Trump administration and highlighted the work of the Cybersecurity and Infrastructure Security Agency — whose then-director Chris Krebs, was fired by President Donald Trump for rejecting his claims about 2020 election fraud.

Opponents of online censorship note that speech deemed to be “disinformation” can later gain widespread acceptance. For example, Facebook banned discussion of the Wuhan Institute of Virology’s possibly role in the COVID-19 pandemic until mid-2021. Government officials who had steered funding toward risky research the lab said it was an unfounded conspiracy theory, but it later gained broad credibility, including from US spy agencies, as one of two possible explanations for the pandemic’s origin. 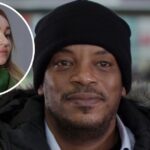 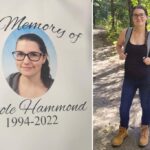