It seems like no matter how confused the casts of Are You the One? get while trying to find their perfect matches, they always figure it out in the end. Well, almost always. While most seasons of the hit MTV dating show have ended with confetti and lots and lots of money, a win is never guaranteed. A few seasons have lost money due to blackouts, and one group of hopefuls left with nothing when they couldn’t find their matchmaker-paired counterparts.

Which ‘Are You the One’ Seasons Did Not Win?

Season 5, which aired in 2017, was the first (and so far, only) season that didn’t end with a win. It’s possible that two new rules instituted during this season contributed to the loss. First of all, the cast was given the option to forgo the results of the Truth Booth (which confirms or denies perfect matches) to instead add $150,000 to their winnings. However, with the option to add money came a larger risk of losing it: instead of losing $250,000 from the total in the event of a blackout (a matchup ceremony in which there were no matches), season 5 would lose 50 percent of whatever their current pot had in it.

Unfortunately, both new rules seemed to work against them. They had a blackout in episode 2 that took the $1 million pot down to $500,000. Since the cast wanted to recoup some of what they lost, they chose not to confirm matches in the Truth Booth in both episodes 9 and 10. Neither of those pairings chose to stand together at the final ceremony, but they were also not matches. In the entire season, only two couples were confirmed in the Truth Booth.

Did Any ‘Are You The One’ Season 5 Stars Find Love?

Of course, the show isn’t just about money, it’s also about love, and some people did leave season 5 richer in that way. Carolina Duarte found love with season 4’s Cam Bruckman. The couple tied the knot in July 2021, while they welcomed baby No. 1, a daughter named Elaine, in July 2022. Shannon Duffy and season 6’s Anthony Martin got together and share one child, though they have since split. Meanwhile, Hayden Weaver and Gianna Hammer dated for a while and have a kid together, though they’re no longer in a relationship.

While no other seasons have lost the show entirely, some have lost a good chunk of change during blackout weeks. After a blackout in episode 2, the cast of season 3 only won $750,000. The same happened in season 4 when they lost $250,000 in episode 8.

How big are reality star salaries? Jason Tartick breaks it down with Us Weekly editors. 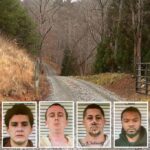 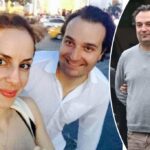 Inside the marriage of Ana Walshe and ‘sociopath’ Brian Walshe