Going strong? It’s no secret that the couples of Married at First Sight bring the drama every season, and the newest installment of long-running Lifetime series – which takes place in Nashville and premieres on January 4, 2023 – is set to be no different. Keep reading to find out all the clues, details and updates about the season 16 cast of MAFS, including which couples are still together, on the rocks, fan predictions and more.

Are ‘MAFS’ Stars Jasmine and Airris Still Together?

While it is unclear as to whether Jasmine and Airris are still together as of January 2023, fans have been speculating on social media that the couple won’t last.

“Jasmine and Airris – she’s a catch and they’re physically matched but I just don’t trust that he’s as ready as he says he is. Not feeling great about this one,” one Twitter user wrote, seemingly referencing his “reformed and ready to love” status, while another added, “Airris and Jasmine. I think Airris is going to show his f-boy ways way too early.”

However, not all MAFS fans think Airris and Jasmine will call it quits, as multiple social media users predicted that the couple will say “yes” on Decision Day.

‘MAFS’: Will Nicole and Chris Make It?

Though it is unclear whether Nicole and Chris are still together, multiple social media users have mixed feelings about the newlyweds – both of whom relocated to Nashville from New York City and Chicago, respectively.

“As of right this minute I think Nicole and Chris could possibly make it work,” one Twitter user wrote, while another added, “Chris and Nicole – uhhh maybe? She will love him but she might be too much for him. Too much energy and goofiness.”

As of January 2023, it is unclear whether Gina and Clint are still married; however, MAFS fans across the board seem to agree that the experts missed the mark when pairing the couple together.

“Clint & Gina thumbs down. He’s an outdoorsy guy, she owns a hair salon, meaning she works on weekends. Bad, bad match,” wrote one social media user, another adding: “#MAFS is back on the BS. Why would they match Gina and Clint? Lol did we not learn anything from Mitch and Krysten?”

‘MAFS’: Are Domynique and Mack Still Together?

Though it is unclear whether Domynique and Mack called it quits or not, viewers have mixed opinions on whether or not they will even make it to Decision Day.

“I unfortunately do not see Domynique and Mackinley working out. It won’t be because of age but other aspects,” one fan wrote, while another added, “Why would they show Domynique in jeans when talking about Decision Day?! Seems like she doesn’t make it through the whole thing. Sad. Did Mack show up anyway out of respect?”

As of January 2023, it is unclear if Shaquille and Kirsten are still together; however, fans of the Lifetime reality series have high hopes for the pair.

Where to Watch ‘Married at First Sight’

Season 16 of Married at First Sight airs on Lifetime on Wednesdays at 8 p.m. 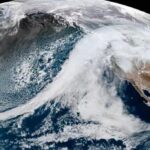 What is a Pineapple Express? 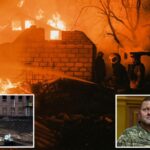