Ready to Love is a dating reality series that helps successful Black men and women in their 30s and 40s find romantic partners. While many successful relationships have been formed on the show, others just weren’t meant to be.

The series first debuted on OWN Network in 2018. The show has been a hit and recently aired its sixth season beginning in July 2022.

Many of the romantic hopefuls have fallen in love on the show, while others have left single. One fan favorite couple from season 1 that couldn’t make things work was Shea Pegues and Michael Anthony.

During the reunion show in December 2018, Shea and Michael seemed to be in a solid place in their relationship. While she said she initially panicked about their romance when filming ended and worried their relationship was all for show, Shea said she came to learn that Mike “really loved” her.

“I love Shea with all my heart,” Mike added. “This is my baby, you know. This is my best friend. If I don’t talk to her before I go to bed, I miss her.”

He then explained that they were dedicated to building a friendship and taking things slow. “We’re gonna take our time and do what Shea and Mike want. What’s gonna work for us,” the reality star said. “We appreciate everyone being a part of it with us, but they’re not gonna be with us. So we’re taking our time.”

One month after the reunion aired, the pair took to Instagram to announce that they had called it quits.

“Well first let me say that I don’t regret that I met a real Queen or take back any of the wonderful things we endured along this journey together. When things don’t work out between 2 classy adults it doesn’t have to end because either person did something wrong or with drama,” Mike wrote at the time.

He went on to say that Shea “will always be a Queen in my eyes” and he will “always love her as my best friend.”

“I hope everyone can respect our feelings because even though we were on television, we are experiencing human emotions,” Mike concluded. “Thanks for the support and positive energy. Now I’m waiting for what God has for me next in my life.”

Keep scrolling to find out what the couples from Ready to Love are up to today and who is still together. 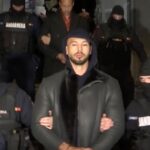 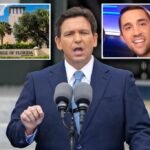