Trump, 76, had teased his 9 p.m. “special announcement” at his Mar-a-Lago resort before his efforts to play kingmaker in the midterm elections went up in smoke last week, but the Republican sounded undeterred Tuesday morning.

Where to watch the expected announcement

The event will be streamed by CSPAN, Trump’s rumble account and the Right Side Broadcasting Network, which streams the former president’s political rallies.

It was expected to be carried by cable news networks like CNN and Fox News but not the major broadcast networks.

Trump’s recent slate of “Save America” rallies had failed to generate media coverage on par with his campaign events ahead of the 2016 and 2020 elections.

News networks were criticized in the run-up to the 2016 contest for spending large chunks of airtime on covering Trump’s rallies, which were unprecedented displays of zealous, arena-size political theater that invigorated his successful bid.

Will Trump barrel ahead with his announcement?

Most signs point to yes.

Trump has been hinting at a third consecutive run for president since being ousted by voters in 2020, and was not subtle about his intentions during his nationwide barnstorming leading up to the midterms.

He first teased his Tuesday night speech on the eve of last week’s elections, and didn’t seem to have second thoughts a week after Republicans failed to achieve a “red wave,” or flip Democrats’ razor-thin edge in the US Senate.

“Hopefully TODAY will turn out to be one of the most important days in the history of our Country!” he wrote on his Truth Social platform early Tuesday.

However, a crack in the plan appeared to be showing. Sources told The Post that Trump had spent part of his daughter Tiffany’s wedding this weekend lobbying his daughter Ivanka and son-in-law Jared Kushner to join him on stage for the announcement.

The former senior presidential advisers and campaign operatives were said to have declined.

“Trump thought he could convince Ivanka this weekend to come back and campaign for him as she was the most requested speaker after the president himself last time around … but so far she’s resisting his entreaties and holding firm, as is Jared,” one insider said.

“They both feel they got burned in Washington and don’t want to go back and expose themselves and their children to another bitter campaign.”

How has the political landscape changed in the past week?

Trump was said to be “furious” after more than a dozen of his far-right candidates lost their contests nationwide, halting a projected “red wave” for Republicans, who failed to retake the Senate and were expected to barely win the House, despite voters’ unhappiness with economic issues and their historic propensity to vote for the minority party in the midterms.

As Trump’s influence waned, some 65% of US voters said he should not run again, according to a Tuesday Politico-Morning Consult poll.

The same survey found that Trump enjoyed a 14% advantage among Republicans and Republican-leaning independent primary voters over possible GOP rival Ron DeSantis, though his lead over the Florida governor had shrunk by 10 points since August.

What challenges would a third Trump bid face?

Trump is under investigation from federal prosecutors for his handling of classified documents found at his resort and his efforts to overturn the results of the 2020 election.

The former president’s alleged interference in the election is also under investigation by prosecutors in Georgia, and state and city officials in New York have accused him and his oldest children with fraudulently inflating the value of his company’s properties.

If Trump declared another run for president, it would not protect him from prosecution, but Justice Department officials would consider appointing a special council to take over the investigation, according to The Washington Post.

Despite shifting political winds and legal setback, there his a historical precedent for Trump’s bid for a non-consecutive presidential term.

Grover Cleveland, the former New York governor, served as the 22nd and 24th president of the US, after the Democrat lost his bid for a second consecutive term. 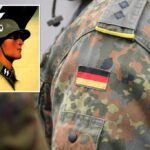 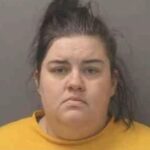