Theranos founder and accused fraudster Elizabeth Holmes‘ story has puzzled the masses since it was revealed that her company’s founding technology — a process through which doctors could extract minimal blood from a patient for testing — was fraudulent. The Washington, D.C., native was accused of defrauding both investors and doctors and patients alike with her long-con scheme.

Keep reading to learn where Holmes is now, her prison sentence and more.

What Was Elizabeth Holmes’ Company Theranos?

The Stanford University dropout founded Theranos, a health technology company, in 2003, after leaving the university. The company went defunct in September 2018, just three months after Holmes and the former Theranos chief operating officer, Ramesh Balwani, were indicted. As discussed by several scientists and professors in the HBO documentary The Inventor, it is scientifically impossible to test for any diseases or any ailments with the amount of blood Holmes alleged to be able to use through technology created by Theranos. She also allegedly had a history of trying to convince professors and family friends to invest time and money into other equally impossible projects prior to Theranos’ founding.

What Did Elizabeth Holmes Do?

Holmes allegedly engaged in two multimillion-dollar schemes involving health care professionals and patients, as well as major investors, according to her indictment. As a result, she went through a criminal trial in San Jose, California, on August 31, 2021, for nine counts of wire fraud and two counts of conspiracy to commit wire fraud. Holmes pled not guilty to all charges — but she faced $250,000 fines for each charge and up to 20 years in prison if convicted as charged.

The trial was originally scheduled to begin in July 2021 but was postponed due to her pregnancy. The former businesswoman’s pregnancy was revealed in March 2021 after her lawyers filed a motion to postpone her trial date in light of her condition. Elizabeth and her husband, Evans Hotel Group heir Billy Evans — whom she got engaged to in early 2019 and wed that summer in a private ceremony — is the child’s father. Prior to her relationship with Evans, Holmes was romantically involved with Balwani from 2003 to 2016.

According to John Carreyrou, the former Wall Street Journal reporter who originally broke the Theranos scandal, some people in the legal community “think that she was timing her pregnancy in order to be showing during the trial to get the jury sympathies.”

“If Elizabeth is convicted and the case goes to the judge for sentencing, if he sends her to prison for a long time, he’d be depriving the child of his or her mother for many years,” the reporter added. “And that’s a heavy decision to make.” Holmes gave birth to her first child in July 2021.

Her trial began in a San Jose courtroom in August 2021 and continued for three months with testimony from 32 witnesses. A jury of eight men and four women began deliberating Holmes’ fate in December, spending over 50 hours discussing her fate before reaching their verdicts.

On November 18, 2022, Holmes was sentenced to 11 years and three months behind bars and has until April 27, 2023, to turn herself into custody, per CNN. She is pregnant with her second child with Evans.

Forbes had previously named Holmes the youngest female self-made billionaire in the world — but in 2016, they reevaluated her estimated net worth to zero. 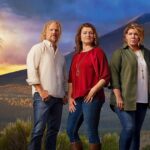 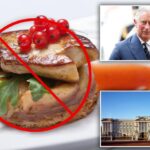