For years, disgraced R&B singer R. Kelly had the support of his four live-in girlfriends Azriel Clary, Halle Calhoun, Dominique Gardner and Joycelyn Savage. As more allegations were made against Kelly in Lifetime’s Surviving R. Kelly, his inner circle appears to have become smaller and smaller. However, he is still together with Joycelyn and she also seemingly gave birth to their first child together. Keep scrolling below to learn more about Joycelyn, her relationship with Kelly and where she is now.

How Did Joycelyn Meet R. Kelly?

Kelly first met Joycelyn when she was only 19 years old. According to Joy’s parents, Timothy and Jonjelyn Savage, they were introduced to the singer in 2015 through a mutual friend, they told Megyn Kelly on Today in May 2018. Joycelyn later met Kelly backstage at one of his concerts and was then flown out for a meeting with him in Palm Springs. According to her parents, the two were communicating without their knowledge. She then moved out of her college dorm and dropped out of school to live with the singer — all while keeping her parents in the dark.

What Happened Between Joycelyn and R. Kelly?

Joycelyn has spoken out on several occasions and defended the singer. It seems like they are still together as a couple. In November 2019, a Patreon and Instagram account were made in her name, and several posts which were written from Joy’s perspective claimed she was a victim of sexual abuse. But the following month, Joy released a statement and claimed the Patreon and the Instagram account were both fake.

“I am truly tired of all the lies that they are saying about the man we love so much and our best friend R. Kelly,” she read in a video statement to TMZ on December 4, 2019. “It has been said that I have left him, he has abused me and all kinds of nonsense. I have said before, none of it is true.” She continued, “It is a shame how they are treating him. It is so wrong on so many levels and he does not deserve this. I am not going to be a part of the assassination of R. Kelly’s name, music career and his character.”

Are R. ​Kelly and Joycelyn Engaged?

In July 2022, Kelly was sentenced to serve 30 years in prison after he was found guilty of racketeering, bribery, coercion, enticement and sex trafficking. He previously pleaded not guilty to the charges and has shared his plans to appeal the ruling.

After he was found guilty, Joycelyn revealed they’re engaged in a letter to the sentencing judge.

“My name is Joycelyn Savage, and I’m Robert Kelly’s fiancé. I’m writing this letter in support of Robert in advance of his sentencing, so I can explain to the court that I’m not the victim that the government has portrayed me to be,” she wrote at the time.

Joycelyn then detailed her feelings for the “Number One” singer. “We have a very special connection and are deeply in love,” she continued. “Robert is not the monster that the government has described him to be. The Robert I know is very sweet, gentle, and kind.”

“He’s very determined and focused on his goals, and the things that have been said about him, with me and other women being held against our will is absolutely untrue,” Joycelyn added.

The Georgia native also argued that she is not under Kelly’s control. “It breaks my heart that the government has created a narrative that I’m a victim,” she told the judge. “I’m a grown woman, and can speak for myself which is why I wanted to provide this letter to the court. [Kelly] is a great man, with a great heart and deserves to be home with his loved ones who are ready to support him.”

While it seems like Joycelyn still supports Kelly, her former roommate and one of Kelly’s former live-in girlfriend, Azriel, does not. Joy and Azriel used to be close friends, even going as far as calling each other “family.” They were photographed while walking hand in hand to attend Kelly’s court hearing in August and they also publicly defended him in March 2019 during an interview on CBS This Morning with Gayle King.

But a lot has changed since then and Azriel has taken a stand against him and Joycelyn. The women engaged in an alleged altercation on January 8, 2020, that Azriel shared on Instagram Live. “You know that’s wrong, this is his house!” Joycelyn can be seen screaming at Azriel in the video. “You’re disrespectful, you’re so evil!” she yelled before allegedly lunging at her. “Every single time she came to me, she came to me and attacked me and I had to defend myself, so I would like to press charges immediately,” Azriel later said to what appeared to be authorities in the video. Chicago PD confirmed to In Touch that Joy was arrested and charged of misdemeanor domestic battery-bodily. She was released on January 9 on bond.

She plead nolle prosequi in July 2020 and and the case was dismissed.

Is Joycelyn Estranged From Her Parents?

Joycelyn and her parents briefly reunited before she was released on $2,000 bond for the alleged assault. Her parents were secretly brought to her holding area before her hearing where they spoke for 20 minutes and embraced one another for the first time in three years, their attorney, Gerald Griggs, confirmed to TMZ. He also claimed she is willing to restore contact with them and reunite soon.

However, it appears that Joycelyn’s reconciliation with her parents didn’t last long. After news of their engagement broke, Griggs told TMZ that “she never made the engagement known to the family, and they’ve never even spoken about the possibility beforehand.”

Did Joycelyn Savage Give Birth to Baby No. 1 with R. Kelly?

Joycelyn previously claimed that she and Kelly welcomed their first child together, a baby girl named Ava Lee Kelly, conceived through IVF, in December 2022.

“My baby girl Ava when you were born, my whole world shined so bright,” she wrote in a now-deleted social media post. “I knew that it was no longer about me anymore, it was about us. Though the world is cold, I promise to always protect you. I am so happy to be your mother & you bring me so much joy. 12.08.22.”

She announced her pregnancy in her memoir, Love and Joy of Robert, which came out in August 2022. However, Kelly’s attorney denied the claim and said she was “certainly not pregnant.”

Joycelyn’s father also denied that his daughter welcomed a baby in a video that circulated social media on December 27, 2022. “Rest assured, that’s not my granddaughter and rest assured: Joycelyn is not pregnant,” Timothy said, adding that he would be “the first to say he loves this child” if she existed. 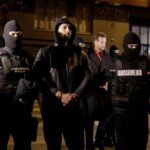 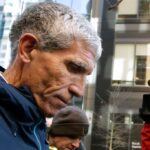