The story of convicted Russian con artist Anna Delvey — also known as the “Soho Grifter” — has puzzled and fascinated the world since she was taken into police custody in October 2017 for her four long years exploiting friends and acquaintances out of hundreds of thousands of dollars in dinners, trips and more.

From 2013 to 2017, Delvey (whose real name is Anna Sorokin) posed as a wealthy German heiress who had moved to New York City with the intention of starting an upscale arts foundation and facility for performance. She also alleged at the time that she was worth tens of millions of dollars — and people she became acquainted with in the downtown scene started to believe her and were convinced to foot the bill for her many outings.

What Did Anna Delvy Do?

She stole more than $275,000 from several friends over the course of her scam, and she also forged bank statements to acquire a $22 million bank loan. However, she was not convicted in other charges related to the bank loan or stealing $60,000 from former Vanity Fair writer Rachel Williams during a lavish trip to Marrakesh, which the writer detailed in an article for the outlet.

Sorokin noted following her conviction that she didn’t feel remorse for her actions. “The thing is, I’m not sorry,” she told the New York Times from prison. “I’d be lying to you and to everyone else and to myself if I said I was sorry for anything. I regret the way I went about certain things. My motive was never money … I was power hungry.”

What Was Anna Delvy’s Prison Sentence?

She was originally sentenced to four-to-12 years in prison, but was released in February 2021 for good behavior.

When she was released, she was able to enjoy some of the spoils from the deal she made with Netflix, who filmed a nine-episode miniseries about her starring Julia Garner. The series is set to premiere on the platform on February 11, 2022.

The streaming giant paid her $320,000 for the rights — but Sorokin‘s victims got first dibs on the profits due to a New York law that prohibits criminals from profiting off the media attention they receive.

“I never asked for Netflix to buy my story, it just happened,” she previously explained to BBC of Inventing Anna, which is produced by Grey’s Anatomy creator Shonda Rhimes. “And everything else, it just spun out of my control. It’s not like I orchestrated anything.”

She also later claimed that the media persona that was created of her was a product of the prosecution. “The prosecution totally misrepresented my motives,” she previously told BBC. “They said I paraded around New York, posing as an heiress. What happened was strictly between me and financial institutions, it was none of their business. They portrayed me as a wannabe socialite party girl and that was never my goal.”

Where Is Anna Delvy Now?

Following her release from prison, Sorokin revealed to the outlet that she had been fielding many media requests — but ultimately hired her own filmmaker to take control of her narrative. “I am writing my book, I have my NFT [non-fungible tokens] project, and my merch, and [I am working on] prison reform,” she said at the time. “I am trying to turn the attention I am getting into something positive.”

In late March 2021, she was taken into ICE custody for overstaying her visa. The following month, the New York Post reported that she was being held at a facility in Bergen County, New Jersey, and was still behind bars as she awaited deportation to Germany, according to multiple outlets.

On October 5, 2022, U.S. Immigration Judge Charles Conroy granted Anna bail, setting her bond at $10,000. But it comes with a catch, as she won’t be released from ICE custody until the convicted scammer can find a place where she can stay. Anna will have to provide the court with proof of a residential address since she will be under “24-hour confinement” for “the duration of her immigration proceedings,” Page Six reported.

Anna is also prohibited from posting on social media by any means, which includes on her own accounts or via a third party.

In Touch reached out to Sorokin’s attorney for comment. 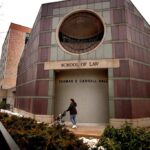 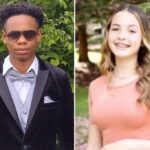