During an interview on John Yates’ YouTube channel shared on Wednesday, January 11, Paedon, 24, was asked if Robyn, 44, kicked Dayton, 22, out of her home when he refused to follow Kody Brown’s Covid-19 protocols.

After noting that Kody, 53, has fractured relationships with his sons Garrett and Gabe Brown over his strict Covid-19 rules, he implied that Dayton’s current living arrangements are due to Robyn wanting to keep him close to home.

“For some reason, Dayton is definitely out in an RV outside of Robyn’s house,” Paedon confirmed.

Paedon – who Kody shares with Christine Brown – added, “I really hope he learns how to fly without being pushed out of the nest.”

Robyn shares kids Dayton, Breanna and Aurora with her ex-husband, David Jessop. After she legally married Kody in 2014, the Brown patriarch adopted her three kids. The couple went on to welcome daughter Ariella and son Solomon.

“What I know about this is he may or may not be doing the kind of thing that Garrison was doing, where he has an RV next to it,” Gwendlyn, 21, said of Dayton living on Robyn’s property. “So he kind of feels independence. I’m pretty sure that’s what he was doing for a hot second.”

Paedon and Gwendlyn’s comments come after fans grew concerned when Dayton – who has autism – didn’t appear on season 17 of Sister Wives.

Rumors swirled that he had moved back to live with David. However, Gwendlyn was the first to confirm that Dayton was instead living in the RV.

In January 2018, Robyn opened up about Dayton’s autism diagnosis in a blog post on My Sister Wife’s Closet.

“When Dayton was little, he struggled with balance, coordination and knowing how to use his body. When he was excited, he would flap his arms and jump around the room,” she explained of his early childhood. “He would sit for hours setting up cars around the edge of a table or lining up his dinosaurs according to size. If anyone messed any of it up, he would fall apart.”

While he was in the second grade, Dayton’s teachers approached Robyn about wanting to do tests on him. “This was when I was told that Dayton has Asperger Syndrome. I was told it is a high functioning form of Autism,” the mother of five wrote. “It made sense to me because although he was amazing, he also struggled with some things quite a bit. He was artistic, intelligent, had an amazing memory and a sweet disposition, but he also really struggled in school, didn’t understand how to make friends or how to deal with stress and didn’t have mind-body connection.” 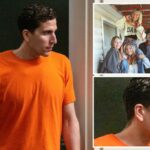 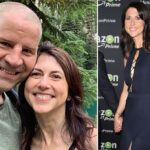