Always together! 90 Day Fiancé alum Darcey Silva and twin sister Stacey Silva have been each other’s ride or die since they shared a womb and have even moved all over the country together. But where do the reality stars live now? Keep reading for details on where the ladies reside, where they grew and more.

Where Do Darcey and Stacey Silva Live?

After numerous business trips and vacations to visit family, the sisters relocated to Miami, Florida.

“There’s something about the vibe in Miami, I just love it here,” Stacey said during a season 3 episode of their TLC series, Darcey & Stacey. “So, we’re looking at apartments in Miami.”

Despite her husband, Florian Sukaj, hesitating about the move due to the cost of living in South Florida, it appears that didn’t stop them.

“Let me explain this time, I’m not explaining anymore,” he said during a season 3 confessional. “Miami is very expensive. Pick or choose: Our wedding or moving.”

The couple – who met via social media when he started “liking” her photos – tied the knot in a small ceremony in April 2020 before splurging on a lavish celebration in November 2022.

Season 4 of their reality TV series follows the girls’ lives as they adjust to live in the Sunshine State. It’s clear, however, that the Albania native is struggling with the move.

“In Miami, I no have nothing friends [sic],” he said in the season 4 trailer. “Thank God my best friend is coming,” he added, referring to Darcey’s ex-fiancé Georgi Rusev.

Where Did Darcey and Stacey Silva Grow Up?

Darcey and Stacey grew up in Middletown, Connecticut, with their parents, Mike and Nancy Silva, and their late brother.

Their family home was often featured on their spinoff series, however in September 2021, their father reportedly listed the home the twins grew up in and purchased a larger house just a few miles away.

The new $1.25 million home features five bedrooms, five full bathrooms, and two half baths, a four-car garage and a saltwater swimming pool, In Touch can confirm. The nearly-10,000 square foot estate sits on more than 5 acres and has a separate pool house.

Where Else Have Darcey and Stacey Silva Live?

Following their time in Texas, Darcey and Stacey seemingly moved to West Virginia to continue their education at Marshall University where Stacey studied broadcast journalism.

At one point after college, the twins moved to Los Angeles where they worked on getting their clothing line, House of Eleven, off the ground.

“We were in stores and stuff, we started as a high-end tier brand. Kind of known for our leggings and our joggers. Lot of celebrities wore it, we did a lot of editorials when we were in L.A,” Darcey said during an episode of 90 Day Fiancé: Before the 90 Days. 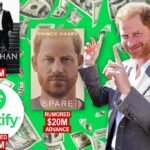 How Prince Harry makes his millions 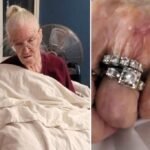