Making moves! Little People, Big World alums Isabel Rock and Jacob Roloff have moved into a new home with their son, Mateo. Keep reading to find out everything we know about their new house.

Where Did Isabel Rock and Jacob Roloff Move?

Neither Isabel nor Jacob have revealed where their new home is, though they are likely living in Oregon near his family.

They were present for the opening weekend of Roloff Farms in early October 2022, which is located in Hillsboro, Oregon.

What Did Isabel Rock Say About the Move?

Isabel took to her Instagram Stories on October 5 to reflect on the move. “Official first night at the new place tonight,” she wrote.

The mother of one then opened up about her complex feelings about leaving her old home. “I spent a long time just wishing we could live anywhere else, but when you make a house a home, it’s hard to leave,” she explained. “Especially when it is where you brought your first baby home to … but where we are heading is a dream come true honestly. So many mixed emotions.”

The post concluded with a C.S. Lewis quote, which read, “There are far better things ahead, than any we leave behind.”

In June 2022, Isabel addressed rumors that she and Jacob were living on Roloff Farms.

While participating in a Q&A on her Instagram Stories, one fan said they assumed that the couple “live on the farm.”

“False!” the artist responded. “Jacob works there full time, and I like to go on walks there every day. We live only about five minutes away. It’s so nice for that.”

In recent years, fans have been suspicious that Jacob and Isabel lived on the farm amid the drama between Matt Roloff and his eldest sons, Jeremy and Zach Roloff. Both Jeremy and Zach expressed interest in taking over the farm before the Roloff patriarch put a portion of the property on the market in May.

However, Isabel insisted it “wouldn’t need to be some big secret” if they did live on the land. “People think for some reason we’re lying about this, but if we lived on the farm, we’d say we did,” she noted at the time. 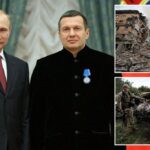 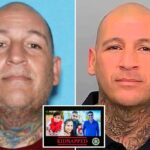