Casey Anthony’s father, George Anthony, became a central figure during his daughter’s 2011 trial following the death of his 2-year-old granddaughter, Caylee Anthony. Keep reading for an update about where he is now.

Who Is George Anthony?

George and his wife, Cindy Anthony, are the biological parents of Casey and her brother, Lee Anthony.

During Casey’s infamous 2011 trial following the death of Caylee, her parents were as involved in the media frenzy as their daughter was.

At one point during the trial, Casey’s defense attorney, Jose Baez, had her father submit a DNA test to prove he didn’t father Caylee after making multiple allegations that he began sexually assaulting his daughter at a young age. George strongly denied the claims, and the paternity test confirmed he didn’t father Caylee. It is still unknown who the father of Casey’s daughter was.

Caylee was last seen alive on June 16, 2008, at her grandparents’ house in Orlando, Florida. Cindy reported the 2-year-old missing on July 15, 2008, after Casey told her parents she had not seen Caylee in a month. Investigators found a bag of human remains in a wooded area about half of a mile from the family’s home, which they determined to be Caylee, on December 19, 2008.

After a nearly two-month trial, Casey was found not guilty of first-degree murder, aggravated child abuse and aggravated manslaughter of a child. She was found guilty of four misdemeanor counts of providing false information to law enforcement.

She was sentenced to four years in prison by Judge Belvin Perry. Since she had already served approximately three years behind bars at the time of her sentencing, she only owed 10 more days.

George was pulled into several theories about Caylee’s disappearance, and he refuted one that claimed she drowned in the family’s swimming pool on June 16, 2008, and was actually never missing.

“I don’t believe (the drowning). That’s a bunch of bull to me,” he said during the finale of 2017’s Casey Anthony: An American Murder Mystery. “That’s too easy of a story to bring up ‘cause if that would’ve happened, I think my daughter would’ve at least had the common decency or common sense inside to call 911 and say something.”

During the documentary, George theorized that “Casey gave Caylee something” after claiming that there were occurrences when his granddaughter would sleep for long lengths of time, even up to 13 hours.

“I don’t know what distracted her or what happened,” Cindy said, agreeing with her husband’s theory. “As far as being responsible, I feel like it was an accident.”

Where Is George Anthony Today?

After the trial, George and Cindy remained in their Florida home, where Casey and Caylee once resided with them.

Is George Anthony Alive or Dead?

In November 2018, George was in a near-fatal car accident when he drove off the road and flipped his vehicle near Daytona Beach. He was alone in the vehicle and had “incapacitating” injuries at the time, per the crash report obtained by In Touch. He has since recovered.

Is Casey Anthony Still in Contact With Dad George?

Although there were points in the trial where Casey seemed to lean on her parents, their relationship fizzled.

During a 2018 appearance on The Dr. Oz Show, George said his daughter “doesn’t need to exist.” However, he backtracked a bit and admitted he “would love” to have a relationship with her and was “glad” that she was “seeing someone” at the time.

Following his car accident, George revealed that Casey had reached out to him and he had changed his attitude toward her quite a bit.

“I would just like to tell her I’m sorry,” he said during a separate appearance on The Dr. Oz Show. “You know that I forgive her. I forgive her and that’s hard for me to say, but you know what, I need to be forgiven by her, my son and other family members or friends that I care so much about. Forgive me for what I’ve done. To all of our lives.” 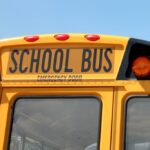 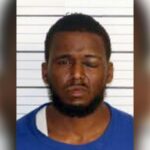 Fleetwood Mac Christine McVie Net Worth: How She Made Money