Preparing to serve time. Todd Chrisley and Julie Chrisley received their prison sentences after being found guilty in their fraud trial. Keep scrolling to find out when they have to report to prison, how long their sentences are and more.

When Are Todd and Julie Chrisley Reporting to Prison?

Todd will serve his sentence at FPC Pensacola in Pensacola, Florida. Meanwhile, Julie will be serving time at FCI Marianna SCP in Marianna, Florida.

How Long Are Todd Chrisley and Julie Chrisley’s Prison Sentences?

In November 2022, a judge sentenced Todd to 12 years in prison and Julie to seven. Additionally, they both received 16 months of probation.

What Were Todd Chrisley and Julie Chrisley Found Guilty Of?

After their verdicts were revealed, the Chrisley Knows Best stars were released on their existing bond under the agreement that they would follow several conditions as they awaited sentencing. According to court paperwork obtained by In Touch, the pair were ordered to “participate in the Location Monitoring Program.” Through the program, their movements were monitored as they remained within their community.

Additionally, Todd and Julie were ordered to participate in a home detention program and “abide by all requirements of the program.” One condition included that they must use “electronic monitoring equipment or other location verification system.”

The couple – who tied the knot in 1996 – have remained under home detention since being found guilty. Todd and Julie are only allowed to leave their house for “employment, education and religious services,” as well as attorney visits, court appearances or other court-ordered obligations and any necessary medical or mental health treatment. Additionally, the former reality stars are required to report to their probation officer if they spend more than $1,000.

How Did Todd Chrisley and Julie Chrisley React to Their Sentencing?

Todd and Julie seemingly opened up about their sentencing for the first time during the November 30, 2022, episode of their “Chrisley Confessions” podcast.

“Yesterday doesn’t matter,” the Chrisley patriarch said during the episode, noting that they were leaning on “unconditional love” and faith to get through the difficult time. “Today is what we have. Tomorrow belongs to God because we’re not promised tomorrow.”

While they didn’t directly mention spending time behind bars, Julie said that they “live every day” like it’s their “last.”

She then revealed that she was staying strong for her children. “The difficulties I’m going through, how I handle it — [the children] are watching, that as well,” Julie explained. “If I handle it right, they’re watching. If I screw up, they’re watching. For me, as a parent, I want to try to make sure that I do it right more than I do it wrong.” 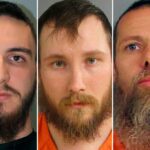 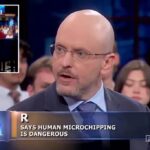