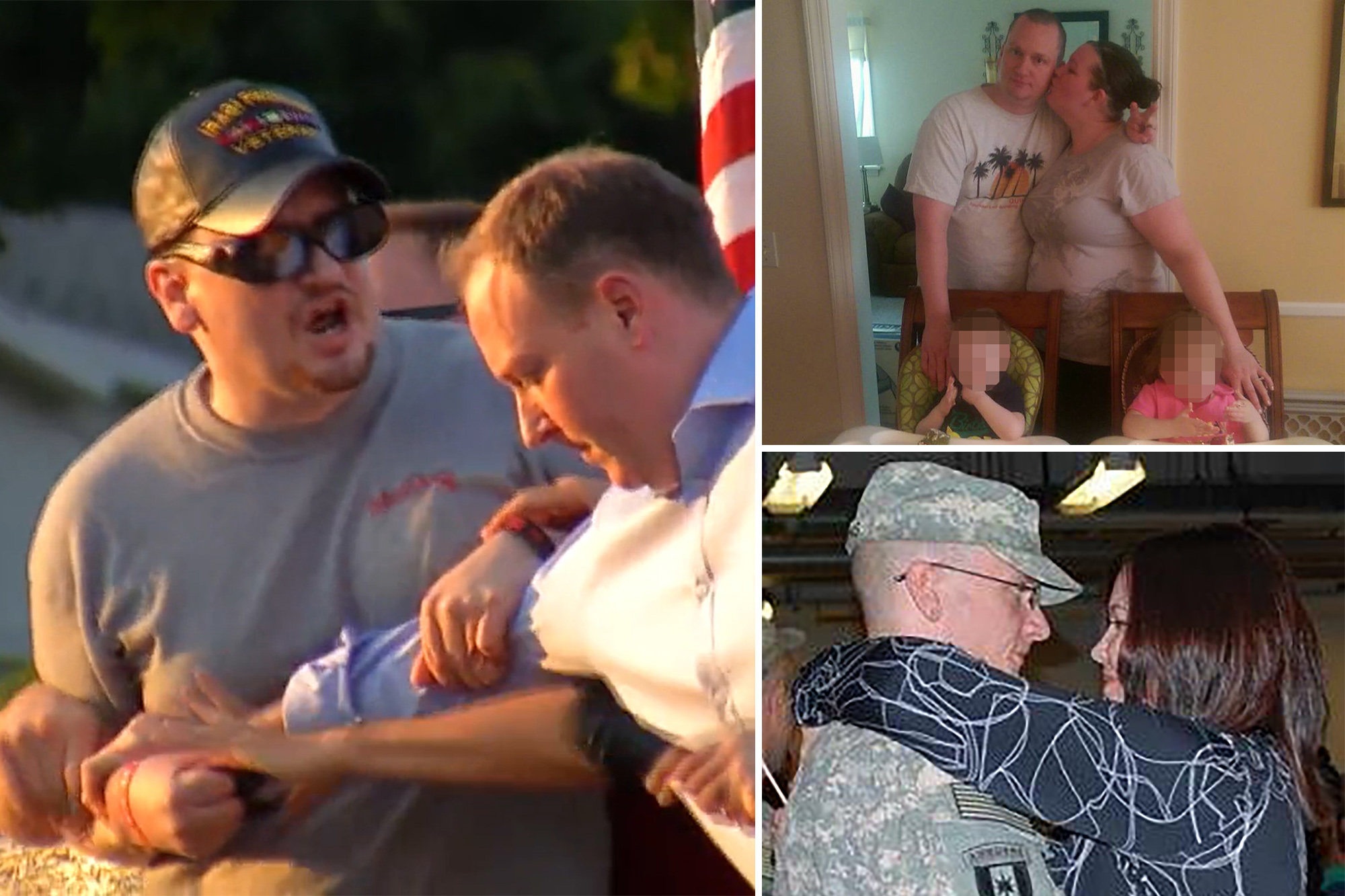 The mental state of a New York man who attacked Congressman Lee Zeldin dramatically worsened following his discharge from the Army and the death of his wife, The Post has learned.

David Jakubonis, 43, of Fairport, spiraled into a “rapid decline” in the aftermath of the death of his wife, Candyce, and his medical discharge in 2012, a former neighbor told The Post Friday.

“He’s going through some kind of mental break,” said the neighbor who asked not to be identified due to fears of reprisal. “He became more and more detached over the years after his wife died.”

The former neighbor said he used to spend time with Jakubonis, his wife and their twins while living in Fairport about a decade ago. Jakubonis tried to keep up their relationship as acquaintances, but his regular messages were hard to follow.

“He’s a peculiar guy, he has social issues,” the ex-neighbor said. “He would say or do things like an adolescent would do.”

Jakubonis and his late wife were heavy drinkers, the neighbor alleged, adding his opinion that the Army vet still had issues with booze.

“I believe he still drinks a lot,” the neighbor alleged.

Jakubonis, who never discussed politics or mentioned being angry at anyone, reached out to his former neighbor as recently as Wednesday via Facebook and phone, but the neighbor said he didn’t pick up.

“Honestly bro, there was something that I couldn’t place with him,” the man continued. “There was something not right about how he would talk. Not like I thought this guy was going to go nutso, but he didn’t seem connected to reality.”

Jakubonis’ brother was granted custody of the vet’s two children following his wife’s death, according to the neighbor, who said he wasn’t shocked when told of Thursday’s attack.

“I always had this reservation about him,” the neighbor said. “He always had something not right with him.”

Jakubonis, meanwhile, has been released on his own recognizance after being arrested for second-degree attempted assault at the rally in Perinton.

The unemployed Army vet has been “actively seeking employment” since 2015, according to a LinkedIn profile in his name.

“Hire me,” the profile reads.

Jakubonis studied clinical laboratory sciences at George Washington University in 2007 and 2008. He then took up criminal justice and psychology at Rochester Institute of Technology from 2012 through 2014. He also served as a medical laboratory technician for Army from 2007 to 2012, according to the profile.

Jakubonis also joined RIT’s Veterans Club in 2014. He still serves as the group’s chief of morale, his LinkedIn profile shows.

“Let’s all hope Zeldin wins and puts this jackass in prison for the rest of his life!!” one comment read.

Jakubonis did not return a message seeking comment by The Post on Friday. Army officials did not immediately provide his service record when reached for comment on Friday.

Army Pfc. David G. Jakubonis was identified in a 2009 news report as being mobilized and activated for deployment overseas during Operation Iraqi Freedom.

How the Actress Makes Money