Working hard! Sister Wives star Janelle Brown’s eldest daughter, Maddie Brush (née Brown), has appeared on the long-running reality series since its premiere on TLC in 2010, but how else does she make money? Keep reading for details about Maddie’s job, what she does for a living, her net worth and more.

What Does Sister Wives’ Maddie Brown Do for a Living?

Maddie is a reality TV personality, but that’s not all she does to rake in the cash. The TLC star is also a Plexus ambassador, just like her mom. Plexus offers a “range of products focused on every aspect of your health and happiness,” according to their website.

What Is Maddie Brown’s Net Worth?

Maddie’s husband is Caleb Brush, whom she wed in June 2016. The TLC star penned a sweet tribute to her hubby of nearly seven years while marking his birthday in a January 2023 Instagram post.

“Happy Birthday to the love of my life! 36 never looked so good!,” she captioned a video montage. “I hope this year is the best yet! Thank you for all you do for our family! I’m so amazed every day that I get to do life with you! Thank you for the love you give! Thank you for being such an amazing dad and husband! We are beyond blessed!”

How Many Kids Does Maddie Brown Have?

Maddie and Caleb share two children together: son Axel and daughter Evie. The couple’s family will soon grow by one, though, as the pair are expecting their third child, another baby girl, in February 2023.

“30 weeks and some change! I’m not entirely sure where the last 30 weeks went, but [I’m] ready for the next 10,” Maddie captioned a sweet snap of herself cradling her baby bump in December 2022. “Stuck between a place of panic because we have so much to do in the next 10 weeks. Also hoping maybe for maybe a short eight weeks so we can meet this baby girl and I can have my body back.”

In Touch exclusively broke the news in December 2022 that Janelle and Kody Brown – Maddie’s parents – split after nearly 30 years of spiritual marriage. “Janelle is a strong independent woman and realized she can do it on her own,” an insider told In Touch, adding that the mom of six “outgrew him.”

Kody later confirmed their breakup in an episode of Sister Wives that aired that same month.

During part three of the Sister Wives: One on One tell-all that aired in January 2023, Janelle opened up about life post-Kody, admitting that she was “happy” despite their relationship not working out.

“I’m not waiting for him. I’ve kind of mourned that that part of our life is gone,” she explained during a private interview, noting that she and Kody had been separated for “months” at that point. “I wasn’t heartbroken. It wasn’t heartbreaking for me like it was for Christine [Brown]. I just mourned that that life was gone. We had a great run.” 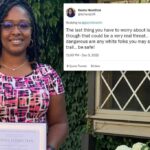 Michigan school board member slammed for tweeting ‘whiteness is evil’ 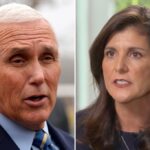