Working hard or hardly working? Sister Wives’ Robyn Brown has starred on the TLC reality show for 13 years, but what else does she do for a living? Keep reading to find out everything to know about Robyn’s job, what she does for a living, how she makes money and more.

One of Robyn’s jobs is filming for the long-running series, which first premiered in 2010. During a lengthy tell-all interview with John Yates uploaded to YouTube in January 2023, Paedon Brown – Kody Brown’s only son with ex Christine Brown – did not hold back when talking about what else Robyn does for a living.

Earlier in the interview, the TLC personality touched on Robyn’s jobs outside of Sister Wives – particularly, her online clothing and jewelry store, My Sisterwife’s Closet – telling John, “Work? Well, she did a few things for a few weeks a few times.”

After being informed that the clothing and accessories website was “still up,” Paedon responded, “It is still up! I did not know that. That is news to me. My Sisterwife’s Closet is not what it was supposed to be. She put effort into it. She definitely tried, I’m not going to deny that, but it didn’t go anywhere.”

Though it’s still up and running, those visiting the site have been greeted with a pop-up message that reads, “We are busy updating the store for you. Sign up for our newsletter to stay informed!” since 2019.

How Much Do ‘Sister Wives’ Stars Make Per Episode?

Kody, Robyn, Christine and former wives Janelle Brown and Meri Brown are all credited as authors of the New York Times best-selling memoir, Becoming Sister Wives: The Story of an Unconventional Marriage, which hit bookshelves in April 2013.

In December 2022, In Touch exclusively broke the news that Janelle had left Kody after nearly 30 years of marriage. The following month, Meri confirmed that she and the Wyoming native ended their marriage after 33 years together, sharing a joint statement via Instagram, making Robyn the businessman’s only remaining spouse.

What Is Robyn Brown’s Net Worth? 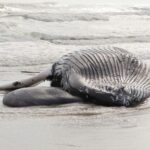 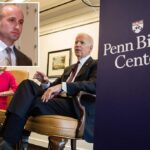