He makes money moves! Little People Big World star Chris Marek started dating now-wife Amy Roloff in 2017. But what is his job outside of the TLC show? Keep scrolling for details on what Chris Marek does for a living.

What Is Chris Marek’s Job?

Chris is a photographer-turned-realtor based in Portland, Oregon. He has been working as a real estate agent for more than 20 years and recently sold an apartment in Portland for $300,000. According to his LinkedIn page, he has worked at a Portland real estate agency since 2010.

Prior to becoming a realtor, the Idaho native studied at Portland State University and Clackamas Community College. Although he is based in Portland, he sells properties across Oregon, including in Beaverton, Colton and Aurora. It seems Chris is well-liked among his clients as he has a 5-star rating on his Zillow page.

A bit of family drama arose surrounding his line of work in November 2021 when Tori Roloff, Zach’s wife, seemingly snubbed Chris by not choosing him as their realtor. The couple instead went with one of Audrey Roloff‘s close friends Hannah Novak, In Touch confirmed at the time.

During a December 2022 episode, Amy’s ex-husband, Matt Roloff, admitted he felt comfortable discussing the sale of Roloff Farms with Chris because of his background in real estate.

In May 2022, Matt put 16 acres of Roloff Farms on the market after choosing to not sell the land to any of his four children. However, he had a change of heart and took the property listing down in October. The Roloff patriarch then revealed his plans to convert the family’s longtime house into a rental property.

What Are Chris Marek’s Hobbies?

In addition to his seasoned career in real estate, Chris enjoys hiking and motorcycle riding.

“Next June, we’re riding to Alaska and back,” Chris said while giving a tour of Roloff Farms on Halloween 2021, an attendee exclusively told In Touch. “He and Amy are going to do a trip on his motorcycle,” the insider revealed. “He says it will be a little over 3,000 miles and should take just over three weeks.”

How Did Chris Meet Amy?

Chris met Amy in 2017 at a blind dating event, connecting after he invited her on a motorcycle ride. The pair continued to enjoy riding motorcycles together, road-tripping across Oregon, Washington, and Canada during the summer of 2017. Chris later proposed to Amy in September 2019 after five years of dating.

“I’m excited, I’m so surprised, I’m thrilled!” Amy told People at the time. “I never in a million years thought I’d be getting married again, but I also hoped for it! Now that it’s happening, I couldn’t be happier or more excited.”

While sharing details, Chris revealed he picked a very special ring. “I was very nervous!” he admitted. “It had to be a heart-shaped diamond because I knew that’s what Amy wanted.”

The couple tied the knot in August 2021 at Roloff Farms in Hillsboro, Oregon. 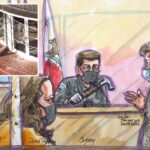 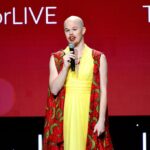