When we first met the Roloff family on Little People, Big World, the oldest children — twins Zach Roloff and Jeremy Roloff — were still facing the trials and tribulations of high school. So it’s hard for some fans to believe that these two handsome boys are all grown up — and now have kids of their own! Now that Zach is a parenting pro with three children, some fans are curious: what is his job — aside from being a father?

What Does Zach Roloff Do for a Living?

Although Zach reportedly went to Portland Community College to earn his associate’s degree, his primary job is being a television personality — a.k.a. filming for their super popular TLC series. Prior to Zach’s rift with father Matt Roloff over buying Roloff Farms that began in season 22, Zach previously raked in the dough as a tour guide for the farm’s Golden Pass Private Tours, which cost $350 per ticket.

He and his wife, Tori, who went an indefinite leave from her full-time job as a kindergarten teacher in 2017, also find ways to stay active in their community! Tori also is a professional photographer who runs Tori Roloff Photography. The mom of three makes a living as a social media influencer, working with a variety of lifestyle and wellness brands. Additionally, Zach also previously coached three youth soccer teams in Oregon before the family moved to Washington.

As LPBW fans know, soccer has always been one of Zach’s main passions in life; when he was in high school, he ran into some hardships with the sport he loved because his small stature made it hard to keep up with the other players. Nevertheless, he persevered and has remained active with the sport by not only coaching but also by playing in a dwarf league.

While Tori’s job as a teacher may seem like the most conventional path, Zach’s younger sister Molly also went on a more traditional route, as she currently works as an accountant.

Meanwhile, Zach’s twin brother studied photography and gets to explore his passion as a profession, but it would appear that his primary focus is Navigator’s Council, the journal that he and his wife, Audrey, created to help newlyweds navigate the often complicated world of marriage by encouraging them to “beat 50 percent,” which is a play on the statistic that half of all marriages end in divorce. The duo also wrote A Love Letter Life together and recently went on a nationwide book tour.

According to Celebrity Net Worth, Zach has a net worth of $700,000. It makes sense, considering most of his income comes from shooting the TLC series — but it’s clear that he keeps the money flowing for his family no matter what. 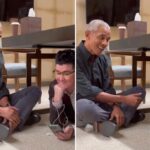 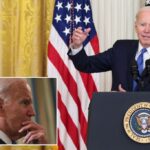