Angela Deem has become a fan-favorite of the 90 Day Fiancé franchise after her appearances with husband Michael Ilesanmi on the flagship series and spinoffs 90 Day Fiancé: Before the 90 Days and 90 Day Fiancé: Happily Ever After? After revealing her $25,000 face-lift plans during season 6 of HEA?, fans are wondering about her job and what she does for a living. We’re breaking it down, below.

What Is Angela’s Job?

Prior to becoming the reality TV personality she is today, Angela worked in the healthcare industry as a nursing assistant at a hospice. It’s unknown if she still is at the same job now, although there’s no evidence she left the position. Angela likely has a few streams of income with her pay from the show and partnerships on social media with brands including Boombod and Flat Tummy Co.

Additionally, Angela has been paid to attend fan events and even performed at a Halloween-themed karaoke party in October 2022.

How Much Does Angela Make on 90 Day Fiance?

She reportedly receives a $15,000 paycheck from TLC per season, as well as a $2,500 bonus for appearing on the show’s tell-all specials. Her yearly income appears to be close to $100,000, according to Screen Rant.

Fans may have recognized Angela from the moment she graced TLC, as she previously appeared on the show Maury twice. Angela was first featured in a dramatic episode which aired on February 20, 2015.

“I’m here today to prove that my daughter [Scottie]’s boyfriend, Terry, is not the father of my grandbaby,” Angela said in a confessional. However, through DNA testing, Terry was later confirmed to be the father of the couple’s first child, Anna Sky, at the end of the episode. The family returned to Maury in November 2016 when Scottie and Terry welcomed a second daughter, Ariah, and Angela questioned if he was the father yet again. A paternity test confirmed that Terry was indeed the dad of baby Ariah as well.

Will Angela Be Getting the Face-Lift Surgery on 90 Day Fiance?

During the Sunday, June 6, 2021, episode of Happily Ever After?, Angela was still recovering from weight loss surgery and her breast reduction. Although her doctor was going to perform face-lift surgery to get rid of the loose skin under her chin, he didn’t set a date for the procedure because she didn’t quit smoking cigarettes.

“People feel entitled about the surgery, because it’s a cosmetic procedure, and all of a sudden, somebody’s telling them, ‘No, we’re not doing the surgery,’” her doctor said. “That’s very disappointing to them. So, I mean, Angela, she needs to stop smoking. At this point, it’s up to Angela.”

Angela – who underwent a dramatic makeover and lost more than 100 pounds since her debut on the TLC show – has been open about her several plastic surgery procedures over the years.

In Touch previously reported she underwent five surgeries in the same day in August 2020, which included a gastric sleeve procedure, liposuction and a breast reduction. Angela documented her surgery recovery process during season 6 of 90 Day Fiancé: Happily Ever After?, where she expressed concern that her breasts were too small after the reduction procedure.

During the season’s tell-all, Angela confirmed she later went for another plastic surgery procedure for a breast enhancement.

“I was itsy bitsy titty Angie, and I said, ‘Put the motherf–kers back,’” she joked at the time about the decision.

While Angela seemed to love the results from the weight loss procedures, Michael argued they should have spent the money on starting a family and not on altering her appearance.

The Nigeria native was extremely upset with her choice and said he doesn’t approve of “anything surgery,” especially on Angela. “No doing all this artificial stuff. I don’t like it,” he declared. 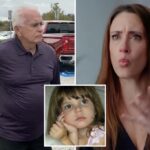 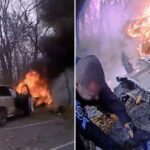