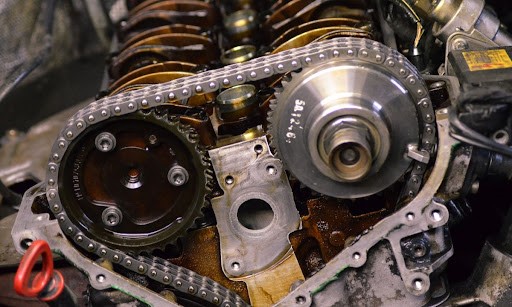 Pretty every single later model vehicle will be fitted with VVT (Variable Valve Timing). Having this can actually improve the engine performance, as well as reduce emissions and increase its overall fuel economy.

In some cases it can do all three of these things, but that depends on the configuration of the system.

One plus camshaft actuators, which are known as camshaft phasers, will act as the beating heart of a VVT system. When the conditions are ideal these phasers will change the position of the camshafts and in turn adjust the valve timing of the engine.

While this all sounds brilliant on paper, they are also one of the most prominent points of failure for multiple engines. This is why it is important that you have at least a basic understanding of phasers, you never know when you may need to replace them.

If you want to know what happens when they go bad, find out here: https://thegrumpymechanic.com/what-happens-when-cam-phasers-go-bad/.

Okay, so what are these? Well, some manufacturers will call them phasers, some will call them something else. But, regardless of whatever you’re calling them, they all serve the same purpose.

They adjust the position of the camshaft in its relation with the crankshaft, which changes the timing of the valve.

In order to fully understand this better, you may want to first understand camshafts, VVT, and valves.

So, let’s get into that a little more first. 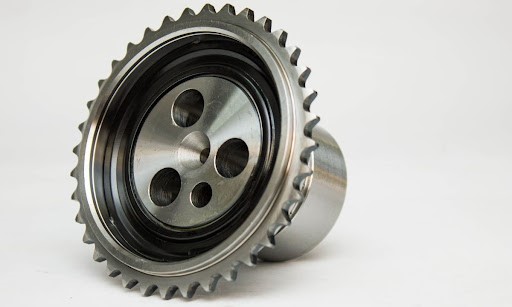 How The Camshaft & Valves Function

Inside of a vehicle’s engine you will find a crankshaft, and one, sometimes more, camshafts. A camshaft(s) will open and close a range of valves in the engine which will let air into the engine, and let the exhaust gasses come out.

In the case of port injection, they will also let fuel in as well. The crankshaft is connected to the relevant pistons and rods. While the vehicle runs, the valves will allow air to get to the cylinders of the engine and combine with the fuel therein.

The mixture will then ignite thanks to the engines’ spark plugs which will spur on various mini explosions. Each of these will force a piston inside of the engine. Then, the movement of the downwards pistons will urge the crankshaft to turn, which starts off a rotating force that is required to spur the car down the street. It is basically a vital part of the inner workings that make a car ‘go’.

In typical engines, VVT is set, it’s unchangeable. However, with modern, upgraded VVT systems, the positioning of the camshaft(s) is adjustable. This alters the timing of the valve. Being able to do this can actually vastly improve the performance of the engine, or it can increase the fuel economy of your vehicle.

In best case scenarios, it can do both of these things.

There are a mix of different components which work in tandem with each other inside a traditional   system.

A majority of vehicles will use hydraulically powered phasers, otherwise known as actuators, which are located at the very end of the camshaft in order to alter its position and speed up or slow down its valve timing.

Then there is an oil control solenoid, which is typically known as being a VVT solenoid (no prizes for guessing why). It will apply oil pressure in order to bring the phaser to action.

The PCM will then take control of the solenoids as per the input from varying sensors.

There will usually be a solenoid per phaser in each vehicle, but some vehicles will only have a single phaser on its exhaust camshaft, or maybe on the intakes’ camshaft. Other vehicles might have a phaser on both of these camshafts.

It is always worthwhile knowing that different brands and manufacturers of vehicles will always have different ways of naming VVT systems, they rarely use the same names.

Ford often refers to their VVT system as a ‘Twin Independent Variable Camshaft Timing’ which would be given the acronym Ti-VCT, alternatively BMW names their VANOS.

So it is different for every manufacturer. If you need to know about your camshaft phasers, make sure that you are educated and aware of what the name of the manufacturer of your vehicle is called.

Otherwise, the manual, and diagrams might be very confusing as you are trying to find it when it has a different name.

While camshafts are very useful and have many perks, it is not all great, and there is still room for improvement.