After going through an extensive matchmaking process, Are You The One brings singles from all over the country into one house to find their “perfect match” for a massive cash prize. However, failing to identify one match during the match-up ceremony, a.k.a. a blackout, will cost you!

What Are the Rules of ‘Are You The One’?

After going through a rigorous process that includes in-depth interviews, questionnaires, and compatibility testing, hopeful singles are placed in one house as they live together in a gorgeous villa, compete in challenges and search for their expertly-paired match within the group.

Each week, the housemates participate in a match-up ceremony and are given the opportunity to declare who their perfect match is. If all 11 perfect matches are correct within 10 rounds, the contestants will split $1 million dollars.

The highly anticipated season 9 of the long-running series is set to step it up a notch! Season 9, which is set to debut on January 18, contestants come from all around the world and will also live in an international location.

What Is a Blackout?

A blackout is when the contestants fail to correctly identify any perfect matches during a match-up ceremony, resulting in them losing possible prize money.

What Is The ‘Truth Booth’?

The Truth Booth confirms or denies possible matches. After competing in challenges, the contestants will have the opportunity to send a couple — who they deem compatible — into the booth to verify whether or not they are a perfect match.

Which ‘Are You The One’ Seasons Didn’t Win?

Season 5, which premiered in 2017, is the only season to not end with a win. During this season, two new rules were instituted and seemingly contributed to their loss. First, the cast was given the opportunity to forgo the results of the Truth Booth to instead add $150,000 to their winnings. However, with the option to add more money, also came a larger risk: instead of losing $250,000 in the event of a blackout, the season 5 cast would lose 50 percent of whatever their current pot held.

While no other seasons have lost the show entirely, others have lost a good chunk of change following a blackout.  After a blackout in season 3, the cast only won $750,000. The same happened the next season when the season 4 cast lost $250,000. 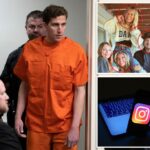 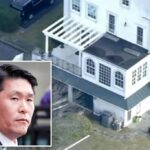