Raking in the dough! 90 Day Fiancé star Ed “Big Ed” Brown is arguably one of the TLC franchise’s biggest stars, but his appearances on 90 Day Fiancé: Before the 90 Days season 4 and the discovery+ spinoff 90 Day: The Single Life aren’t the only ways he makes his money. The reality personality also works two jobs in the creative field and he’s added a new job to his resume since making his TV debut which has all helped him grow his net worth. Keep scrolling below to learn more about how Big Ed makes a living!

What Is Big Ed’s Net Worth?

What Is Big Ed’s Job?

When he made his debut on season 4 of 90 Day Fiancé: Before the 90 Days in February 2020, the San Diego resident revealed he primarily worked as a professional photographer. His secondary gig is working as an interior designer at Studio Europa LEICHT in San Diego, a company that offers services for kitchen designs and remodels.

“I have two jobs, so when I’m not doing photography, I’m also a trained interior designer,” Ed revealed in his confessional.

It seems Ed still works in interior design even after making it big on TV. He shared before and after photos of a condo remodel he did in July 2021 via TikTok.

How Else Does Big Ed Make a Living?

After joining the show and becoming the breakout star on 90 Day Fiancé: Before the 90 Days season 4, Ed gained a massive online following, which includes 507,000 followers on Instagram alone. Shortly after becoming verified on Instagram, he used his popularity to his advantage. He quickly joined Cameo, a video platform where fans can order personalized videos from their favorite stars. Ed offers different pricing tiers on Cameo: $59 for a video for personal use, $1,000 for a video for business use, $350 for a live video call and $4 for a quick message.

Ed is also on a similar platform called Memmo. He charges a $59 base rate for personalized videos or singing videos, while fans can also purchase a $200 package to have Big Ed ordain a wedding virtually or to send his well wishes to newlyweds. He charges $89 for Star Wars or Ninja Turtle costume video messages and $149 to film a message video where he wears a costume and his signature mayonnaise hair mask.

Additionally, Ed collaborates with brands for ads on Instagram. He often promotes products from the weight loss company Boombod.

Big Ed Has Had Money Issues in the Past

In Touch can confirm that Ed has filed for bankruptcy twice in the past. According to online records, he filed for Chapter 7 in 2004 and again in 2017. Both cases are closed. 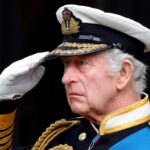 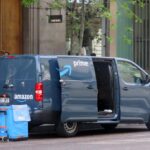