Sale gone wrong. Fans are witnessing the drama unfold on Little People, Big World after patriarch Matt Roloff decided to put the $4 million family farm up for sale. Although the feud was initially between Matt and son Zach Roloff, Matt’s girlfriend, Caryn Chandler, and Zach’s wife, Tori Roloff, are now intertwined in the drama. So, what happened between the estranged family members? Keep reading to learn everything we know about the feud.

Why Are Zach, Tori, Caryn And Matt Feuding on ‘Little people, Big World?’

The drama started when Matt did not accept son Zach’s offer to buy Roloff Farms during season 22 of the TLC series. Matt previously revealed it was his dream to pass down the family business to his children — he shares Zach, Jeremy, Molly and Jacob with ex-wife Amy – but he had already turned down son Jeremy’s offer to purchase the land in May 2020. Zach decided to make an offer one year later.

During the tense negotiations, Caryn revealed she didn’t understand why Zach and Tori “were so mad” over the failed transaction and claimed the hostile environment felt “very personal.”

After Matt refused Zach’s offer, the couple moved from Portland, Oregon to Washington in October 2021.

The patriarch then decided to sell the north side of the farm to an outside buyer. He placed the land for sale in May 2022, In Touch confirmed at the time.

Zach slammed his father’s announcement of the sale, claiming that he was trying to “control the narrative” ahead of the season 23 premiere.

“Once again, like he has for most of his life, [Matt] not taking responsibility for his own actions and blaming others. Dragging the family drama that he created and then [manipulating] the fanbase to make himself come out OK,” Zach wrote via Instagram in May 2022 in the comment section of Matt’s announcement. “This post is a new shocking low of cowardice and manipulation of his family and kids for his own gain.”

When the show returned for season 23, fans got an inside look into how the sale of Roloff farms put a strain on Matt and Zach’s father-son relationship.

Why Are Tori and Zach Feuding With Caryn on ‘Little People, Big World’

On the season 23 premiere in May 2022, Zach and Tori revealed they were estranged from Matt and the former Roloff Farms manager after the family property was put on the market.

During the May 17, 2022, episode, Caryn said she hoped for “something to come up” so she and Matt could “talk” to Zach and Tori. “​​I know Matt’s working on his relationship with them and as that foundation gets rebuilt, I think it’ll be easier for us,” Caryn said during a confessional. “This whole thing has been very painful. Still painful. I miss the kids every day. I just… I don’t have the tools to fix it.”

However, Zach and Tori believe that Caryn had a say in not accepting their offer on the farm, leaving their relationship in turmoil.  “[Matt and Caryn] still think they have done nothing wrong,” Zach said during a November 8, 2022, episode.

He added, “Like, my dad put her in a situation also where it’s like, ‘You got into family business here.’ Family is always going to be different than when somebody rubs you the wrong way.”

Keep scrolling for updates on Zach, Tori, Caryn and Matt’s feud and find out if they are still estranged. 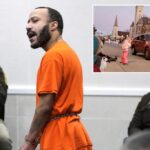 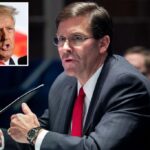