The Duggars might be one of the biggest families to come out of the reality TV world, but similar to the Kardashians, many fans are confused as to what they do for a living. Do they have day jobs, or do they rely on the lucrative checks they received during their TLC days? The truth is strangely murky.

Although Jim Bob Duggar has a successful commercial real estate business — that’s in its fifth generation — the rest of the family either works with him or does sporadic jobs like handiwork, house flipping and missionary work.

“My dad has a lot of rental properties,” Jessa Duggar shared in a 2018 episode of Counting On, noting many of the kids follow in the family’s footsteps by learning the ropes earlier in life. “That’s kind of how they start out. That’s how they make their first little bit of money.”

As for the Duggar women, the ones with children are all stay-at-home moms. Things get a little hazy when it comes to those without kids. Because of the family’s strict religion, women are encouraged to seek traditional roles as housewives and mothers.

In October 2020, Jill Duggar and her husband, Derick Dillard, spoke out about the lack of compensation she received from her time on reality TV, claiming she didn’t get any of her earnings until after she left her family’s reality series in 2017.

“That’s when we got an attorney involved and finally recovered some of the money,” Jill shared during an interview with People, claiming her father was the primary payee for both 19 Kids and Counting and Counting On. “It was a process.”

Jill said filming for the latter came with a $25,000 to $45,000 per-episode paycheck, which was to be split among the family. The show premiered in 2015 after 19 Kids’ cancellation earlier that year and ran until 2021, when it was canceled in the wake of Josh’s arrest on child pornography charges in June.

So, how else do the Duggars make ends meet? From special trades to passion projects, they have found several ways to increase their incomes, including real estate work and more.

Check out the gallery below to see what they do for a paycheck. 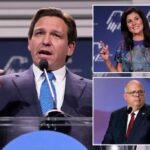 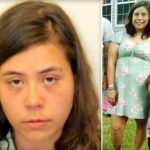