90 Day Fiancé star Yara Zaya started out as a makeup artist in her native country of Ukraine and is no stranger to being labeled as a “gold digger.” However, the reality TV personality has gone on to own two businesses since her arrival in the United States. Keep reading to find out everything we know about Yara’s entrepreneurial pursuits.

What Businesses Does ‘90 Day Fiance’ Star Yara Zaya Own?

The mom of one owns and operates an online boutique that she appropriately named after herself. On the site, Yara sells a variety of apparel for purchase, from jackets and swimwear to jumpsuits. She also offers looks that have been seen on the show, including her tell-all dress for the season 6 90 Day Fiancé: Happily Ever After? tell-all.

Apart from selling clothes, the 90 Day Fiancé: Happily Ever After? alum stepped into the beauty industry with the launch of her makeup line, Boujee by Yara, in November 2021.

“Yara is doing her makeup, oh my goodness! I was dreaming about this,” Yara told In Touch at the time.  “[The] idea comes out one day, I was going to buy makeup and stuff with Jovi, and people are so crazy asking me, like ‘Yara, which makeup do you use? We like your makeup.’ And Jovi [told] me, ‘Yara, you know, you can make your own makeup line,’ and I’m like, ‘Jovi, you crazy! That’s so much hard to do.’ And look at me now.”

Yara and her husband, Jovi Dufren, documented their love story in December 2020 on season 8 of the long-running series. From their reality TV start, the Ukraine native has combatted claims that she was using Jovi for his money — most recently upon the couple’s return to 90 Day Fiancé: Happily Ever After? season 7.

During the January 2023 tell-all, fellow costar Andrei Castravet wasn’t shy when he insinuated that Yara was going to leave Jovi once she got her green card.

“Excuse me, I own two businesses in this country. I come here, I work for my dream, and I make my own money,” the blonde beauty replied. “I’m not an Eastern European stereotype, OK?” 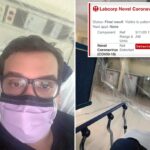 George Santos shares photos of his early COVID-19 hospitalization to back up sketchy story: report 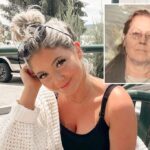