Passengers on a whale watching excursion off the coast of California were treated to a “once-in-a- lifetime” experience when they witnessed a gray whale giving birth to a calf, incredible footage shows.

The memorable moment was seen by those aboard a boat from Captain Dave’s Dana Point Dolphin & Whale Watching Safari after the group approached what initially appeared to be a migrating whale in distress, writhing in the water near the surface off Dana Point in Orange County, according to a Youtube post from the company.

Passengers and crew members spotted something orange and blue in the water they initially mistook for kelp or something more sinister. When they got closer, a calf came to the surface.

“For a minute, many of us thought it may be a shark or predatory event. But no, instead of the end of life, it was the beginning of a new one,” the company wrote in the post.

Video shows the mother, or “cow,” swimming in the water with the calf, spinning around as she seems to show off her new baby to the gawking whale watchers. The two can be seen bumping into each other as the newborn learns to swim.

The company said that the gray whales typically give birth in the warm, safe lagoons of Baja California, but sometimes calves are born during the 10,000 to 12,000 mile migration from their feeding grounds in Alaska.

Calves are already about 15-feet long when they are born and will gain as much as 50 pounds a day while nursing from their mothers’ milk, causing the mother to lose as much as 30% of her body weight in fat, according to the post. 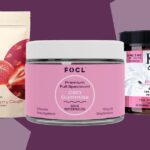 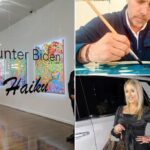