A month before the disastrous US withdrawal from Afghanistan, President Biden dismissed comparisons of the situation to the US exit from Vietnam 46 years earlier in comments that at least one White House staffer found “dumb” at the time, a forthcoming book claims.

Author Chris Whipple claims in “The Fight of His Life,” that when the then 78-year-old president told the media that “there’s going to be no circumstance where you see people being lifted off the roof of an embassy” after American troops leave Afghanistan, a White House staffer cringed after hearing the remark.

“That’s a dumb thing to say, he thought, because we fly helicopters from the embassy every day,” Whipple writes in his book, according to an excerpt released Thursday.

The comment indeed came back to haunt Biden as a photo was snapped on Aug. 15, 2021, of a US military Chinook helicopter evacuating US Embassy staff from Kabul as the Taliban took control of the capital city.

The image was widely compared to a 1975 photograph of a helicopter evacuating US Embassy staff from Saigon.

Whipple claims in his book, out Jan. 17, that the Afghanistan withdrawal tormented Biden, leaving him sleepless and saddened as he faced criticism over his handling of it.

“While US troops were on the ground, one of Biden’s close friends told me, the president barely slept,” Whipple writes.

“‘You’re watching intel and holding your breath, really just praying that nothing will happen to your people,’ said a senior NSC adviser,” Whipple adds, claiming that during a trip to Dover, Delaware, to receive the caskets of 13 fallen service members killed by a suicide bomber outside the Kabul airport, a family member of one of the soldiers killed in action yelled at Biden, “I hope you burn in hell.” 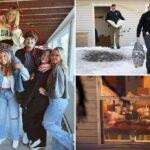 Idaho murder house to be cleaned by crime scene team 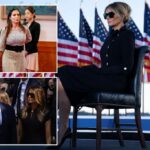 Melania Trump feared Rudy Giuliani walking in on her