WASHINGTON — White House spokesman John Kirby said Wednesday he has no information about whether Hunter Biden still co-owns an investment firm with China’s government — months after the first son’s lawyer claimed Hunter had divested the stake.

The Post asked the National Security Council’s top spokesman if the younger Biden still holds 10% of BHR Partners, a state-backed private equity company, amid continued uncertainty over the stake’s status.

“On China, this is a very simple question, but it’s an enduring point of uncertainty: Does the president’s son still co-own a company with China’s government?” The Post asked at a White House briefing. “And if not, can you provide some basic transparency about who bought that stake and for how much money?”

“I don’t have anything for you,” Kirby replied before pivoting to answer a question about a US citizen imprisoned in Saudi Arabia.

The company was registered just 12 days after the vice presidential jet arrived in China’s capital, according to the Wall Street Journal. While in Beijing, Hunter introduced his dad to incoming BHR CEO Jonathan Li in a hotel lobby. Joe Biden later wrote college recommendation letters for Li’s children.

The Journal reported that Hunter Biden’s “paid-in capital” to establish the company was $425,000, according to corporate registration records.

Joe Biden said one month before taking office as president that members of his family would not hold foreign corporate positions that create conflicts of interest for him.

“My son, my family will not be involved in any business, any enterprise that is in conflict with or appears to be in conflict with where there’s appropriate distance from the presidency and government,” Biden said in a December 2020 CNN interview.

But throughout 2021, then-White House press secretary Jen Psaki said Hunter Biden was still working to “unwind” his 10% stake in BHR.

One week after Biden’s November 2021 virtual summit with Chinese President Xi Jinping, Hunter Biden’s attorney Chris Clark said the stake had been divested. However, online records show that he still holds the stake — and neither Clark nor the White House would provide further information on the supposed transaction.

The company’s website says, “We work with China’s industrial leaders, state-owned enterprises, multinational corporations, as well as with start-up visionaries in their international mergers and acquisitions, domestic restructurings and pre-IPO financings.”

BHR has “unique mixed ownership,” the company says, and “combines the resources and platforms of China’s largest financial institutions (including Bank of China, China Development Bank Capital, Harvest Fund, Postal Savings Bank of China, China Life and the National Council of Social Security Fund) and the networks and know-how of our U.S.-based investment fund and advisory firm shareholders.”

In 2016, BHR Partners was influential in facilitating a deal in which a Chinese firm bought a Congolese cobalt mine from American and Canadian companies. The transaction gained significant attention last year when it was spotlighted by the New York Times. Cobalt is an important material for making electric vehicle batteries.

Hunter Biden’s role in BHR Partners is one of an array of foreign dealings that congressional Republicans are vowing to investigate if the retake power in the Nov. 8 midterm elections.

Also in China, Hunter Biden and his uncle, first brother James Biden, earned $4.8 million from the government-linked company CEFC China Energy in 2017 and 2018, according to the Washington Post.

The president has denied making any money from his son’s overseas business deals and the White House says he stands by his 2019 claim that he has never even discussed the enterprises with his son — despite evidence that he has interacted with Hunter’s associates from China, Kazakhstan, Mexico, Russia and Ukraine. 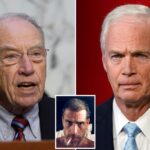 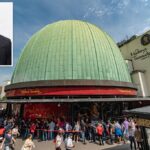