A West Virginia journalist was fired last month after exposing alleged abuse of disabled people in the state’s health agency.

Amelia Ferrell Knisely said she had been warned to stop reporting on allegations that the West Virginia Department of Health and Human Resources was hiding information on the treatment of disabled persons in state care in the weeks before she was let go from her part-time job at West Virginia Public Broadcasting.

“I was let go from my job at WVPB last week following threats from DHHR about my reporting on DHHR’s treatment of people with disabilities,” she wrote on Twitter Dec. 28.

Last month, Knisely published that an advocacy group was accusing the state of failing to properly institutionalize disabled persons. The state, the group alleged, was “‘patient dumping’ or ‘warehousing patients’ by allowing them to remain unnecessarily institutionalized,” she wrote.

She also reported on a letter Republican Senate President Craig Blair sent to Gov. Jim Justice asking for a formal probe into the allegations.

The fired reporter said leaders at the Health and Human Resources department had “threatened to discredit” WVPB, a publicly funded television and radio network.

Instead, Knisely was allegedly let go.

“It is crucial for the press to hold government agencies accountable,” Knisely said in a statement Tuesday. “It must be emphasized that these events followed my reporting on the mistreatment of people with disabilities, who are in state care.”

She claimed the order came from WVPB Executive Director Butch Antolini, the former communications director for the Justice. Antolini stepped up to the job in 2021 — his predecessor was ousted after Justice overhauled the agency’s governing board. Justice himself had a history of trying to eliminate the annual $4 million in state funding for WVPB.

Antolini has not commented on Knisely, but other officials denied any effort to influence coverage.

West Virginia Educational Broadcasting Authority chairman William H. File III claims Knisely was not fired and still remains on the station’s payroll. He noted that Antolini “was not coerced or pressured by anyone.”

Knisely claims the state asked her for a “complete retraction” on a story she wrote in November, one month after she was hired at WVPB.

Though that didn’t happen, her news director, Eric Douglas, told her she could no longer cover the state’s Health and Human Resources department because the state was threatening to discredit the network.

Knisely filed a human resources complaint about interference with her reporting on Dec. 15, but was told just five days later that part-time positions were being eliminated. Her email and key card stopped working around that time. 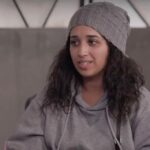