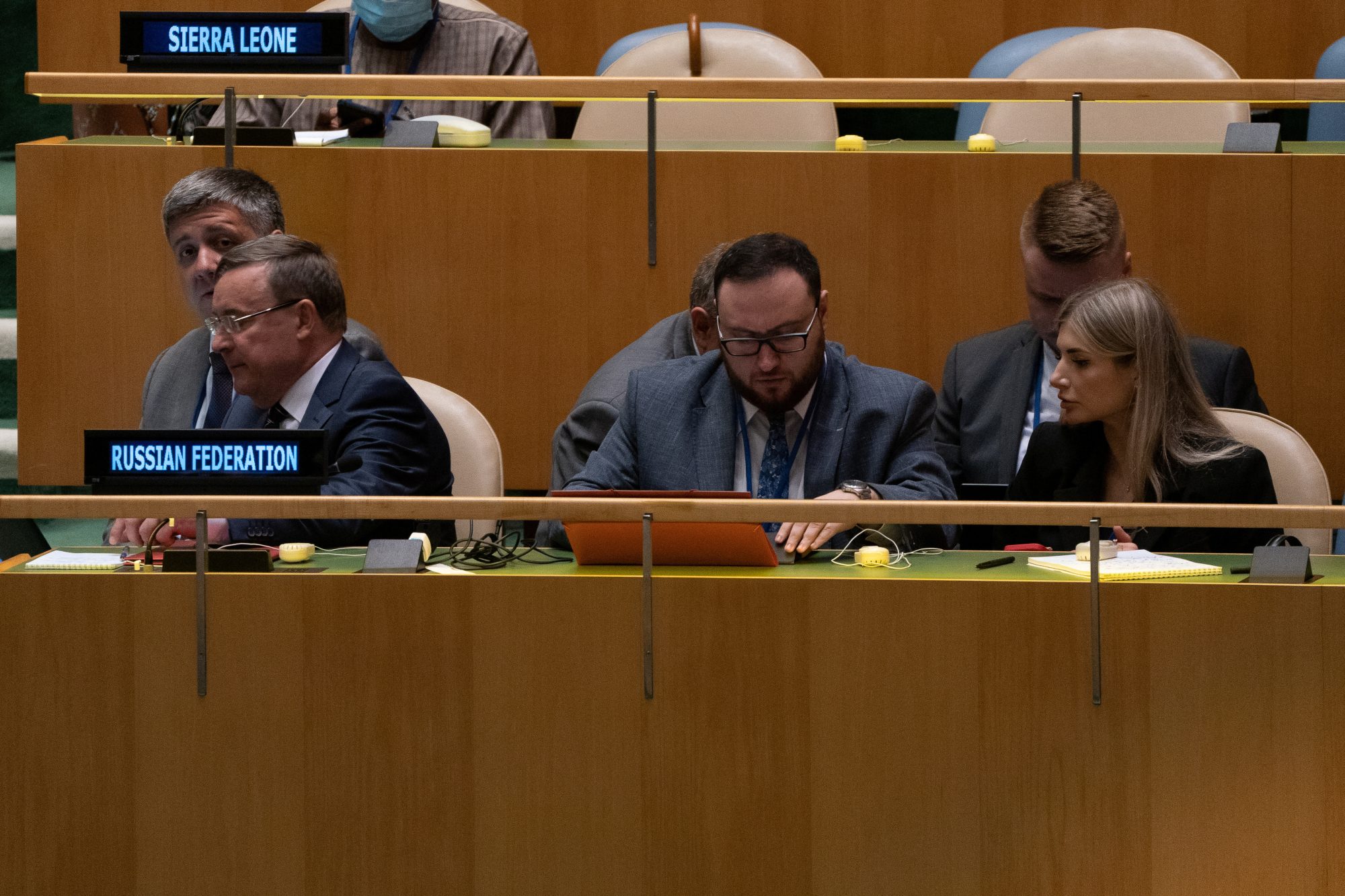 The conflict in Ukraine does not warrant Russia’s use of nuclear weapons, but Moscow could decide to use its nuclear arsenal in response to “direct aggression” by NATO countries over the invasion, Russia said on Tuesday at the United Nations.

Within days of Russia’s Feb. 24 invasion, Putin put the country’s deterrence forces – which include nuclear arms – on high alert, citing what he called aggressive statements by NATO leaders and Western economic sanctions against Moscow.

Trofimov, a senior diplomat in the non-proliferation and arms control department of Russia’s foreign ministry, said Moscow would only use nuclear weapons in response to weapons of mass destruction or a conventional weapons attack that threatened the existence of the Russian state.

“None of these two hypothetical scenarios is relevant to the situation in Ukraine,” Trofimov told the U.N. conference to review the Treaty on the Non-Proliferation of Nuclear Weapons.

However, he accused NATO countries of a “fierce hybrid confrontation” against Russia that now “dangerously balances on the edge of open military clash.”

“Such a move would be able to trigger one of the two emergency scenarios described in our doctrine,” Trofimov said. “We obviously stand for preventing this, but if Western countries try to test our resolve, Russia will not back down.”

Russia on Tuesday accused the United States of direct involvement in the Ukraine war.

Moscow said it was responding to comments by a Ukrainian official about the way Kyiv had used U.S.-made and supplied High Mobility Artillery Rocket System (HIMARS) launchers based on what the official called excellent satellite imagery and real-time information.

Teen pro-life activist allegedly punched in the face while canvassing