Mama’s transformation. June “Mama June” Shannon has switched up her appearance a lot since she made her reality TV debut on Toddlers & Tiaras in 2012.

After June and her youngest daughter, Alana “Honey Boo Boo” Thompson, caught the attention of viewers, the Shannon family booked their own reality show, Here Comes Honey Boo Boo, in 2012. The series ran until 2014 and left a lasting impact on fans.

Following Here Comes Honey Boo Boo, June appeared as a guest on several reality TV shows before she began starring on Mama June: From Not to Hot in 2017. The show continued until 2020, when it was renamed Mama June: Road to Recovery.

Throughout her years on television, June has experimented with several different looks and her weight has fluctuated.

In 2018, the TV personality spoke to E ! News about how she dropped down to 165b lbs thanks to several surgeries. However, she admitted the drastic weight loss didn’t make the challenges in her life any easier.

“I’ve had so many surgeries in the last six months that I’ve had to lay down. I haven’t been able to go to the gym,” she told the outlet. “Yes, I do eat my junk food and yes, I do eat my comfort food. Am I wrong for that? Yes. Am I sorry? No ‘cause I’m actually fighting for my vision and that’s number one right now.”

In November 2020, the TV personality exclusively told In Touch that her stint in rehab for addiction inspired her to “touch up” her appearance.

“Just the fact of the matter is that we went through rehab and, you know, I gained a little bit of weight and we wanted to do something for ourselves,” the WE tv personality said following her and then-boyfriend Geno Doak’s stint in a Florida-based facility.

“So, I ended up saying, ‘OK, I’m reaching out to [my manager] Gina Rodriguez and saying, ‘Hey, we want to do something.’ And she all hooked it up or whatever,” June added. “Because I mean, you know, when you go to rehab and you’re in your addiction, you don’t care about what you look like or whatever. After my addiction, it was like a wake-up call kind of thing.”

Keep scrolling to see June’s transformation over the years. 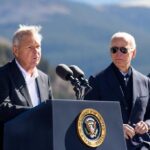 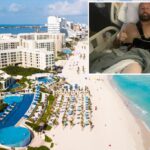