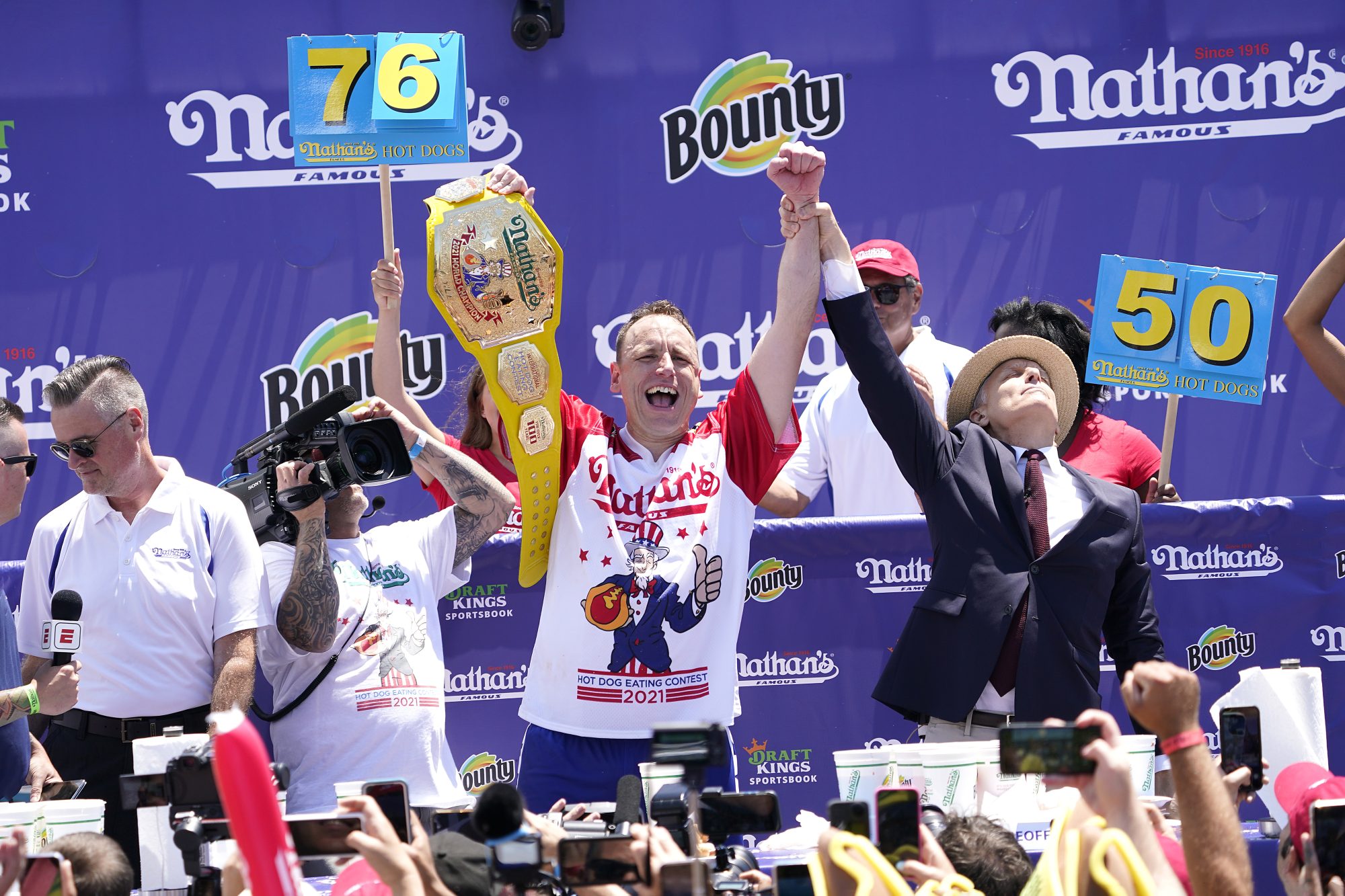 The world-famous Nathan’s Hot Dog Eating Contest will grip the eyes and stomachs of spectators on July 4th, but some insiders say Mother Nature might hold the keys as to who ranks supreme.

The annual Coney Island tradition has taken place for decades and has produced the fames such as Takeru Kobayashi, Miki Sudo and Joey Chestnut.

The threat of rain, heat waves and even a pandemic hasn’t stopped organizers from lining up hundreds of hot dogs for these competitive champions to devour.

A representative for the contest says the annual event goes on rain or shine, except, of course, if there is lightning, which has not been an element that organizers have had to deal with in recent memory.

Despite the lack of major storm systems, insiders say the weather could be more crucial than what meets the eye.

Contests that are held in cooler years with lower humidity tend to help competitive eaters consume more than humanly imaginable.

Last year was one of those contests in which the temperature was a comfortable 75 degrees, and there was little humidity.

It was on this day that Joey Chestnut broke his record by consuming 76 hot dogs and buns in only ten minutes.

An insider said cooler temperatures tend to “tighten up the food, while hot and humid weather stresses out the athletes.”

Taking a myriad of factors into account, Las Vegas has placed Chestnut’s odds at around 74.5 hot dogs, which would mean the 38-year-old would fall short of recent conquests.

On Monday, the competitive eaters will have a ridge of high pressure to thank for the mostly sunny skies and high temperatures in the 80s.

Dew points are expected to be in the 50s, which will make for comfortable viewing as well as for some busy grill masters.