The Milwaukee man accused of mowing down six people during the Waukesha Christmas Parade last year wept in court while representing himself Thursday — the latest bizarre twist at the two-week-old homicide trial.

Darrell Brooks, 40, who faces six counts of first-degree intentional homicide and dozens of other charges in the Nov. 21, 2021, vehicular massacre, told jurors his tearful words were “from the heart,” the Milwaukee Journal Sentinel said.

“There’s always two sides to every story,” Brooks said as he opened his defense case on day 14 of the high-profile trial, the outlet said. “There’s only been one side told to this story.”

Brooks is charged with driving his red Ford Escape into the heart of the festive parade, leaving more than 60 people injured and six dead, according to police.

Cops said Brooks was arrested nearby after crashing the SUV and knocking on a local resident’s door looking for a ride, the Sentinel reported.

Brooks’ behavior in court has at times been bizarre, including during an appearance earlier this month when he stripped off his shirt in front of the judge.

“You have a right to present a defense, but your rights are not unfettered,” Dorow warned him at the time.

The self-proclaimed sovereign citizen later apologized for the stunt and other outbursts. 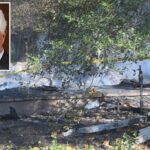 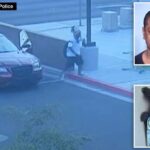