A Washington state woman survived a grisly attack by punching a black bear that charged at her square in the nose.

An adult female black bear attacked a woman from behind when she let her dog outside around 7 a.m. Saturday morning in Leavenworth, a Bavarian-styled village located in the Cascade Mountains, the Washington Department of Fish and Wildlife said.

The bear charged at the woman, who has not been identified, from behind and knocked her to the ground. She was hospitalized with non life-threatening injuries.

“She didn’t see it coming so she could not make herself big, clap her hands, you know, yell at the bear, wave her arms,” wildlife biologist Rich Beausoleil told Seattle’s KING-TV.

He added: “Those are the things we usually tell people to do.”

According to Beausoleil, the woman’s strategy may have been life-saving.

“If the bear knocks you down, then yes, your solution is to fight,” said. “It was just instinct for her. She just turned around and popped it right in the nose.”

The bear apparently “shook” following the hit, and then ran off.

Wildlife officials located the bear not far from where the attack occurred later Saturday afternoon and killed it.

Officials said the bear was killed, in part, because it was overweight from raiding trash.

Fish and Wildlife Captain Mike Jewell said in a statement that officers had no choice but to kill the aggressive animal.

“Public safety is our priority,” he said. “Our officers and staff were quick to mobilize to locate the animal and secure the scene.”

“We are extremely thankful that the victim is receiving medical care from this unfortunate encounter,” said Captain Mike Jewell. “Public safety is our priority; our officers and staff were quick to mobilize to locate the animal and secure the scene.”

Two cubs that were approximately nine months old were also spotted nearby. Officials captured the cubs and transported them to a PAWS wildlife rehabilitation facility.

There has been only one recorded fatal black bear attack in Washington state, reported in 1974. 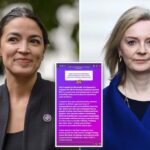 AOC says US is more embarrassing than U.K after Liz Truss resignation 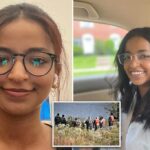 Princeton student’s family ‘kept in the dark’ over death