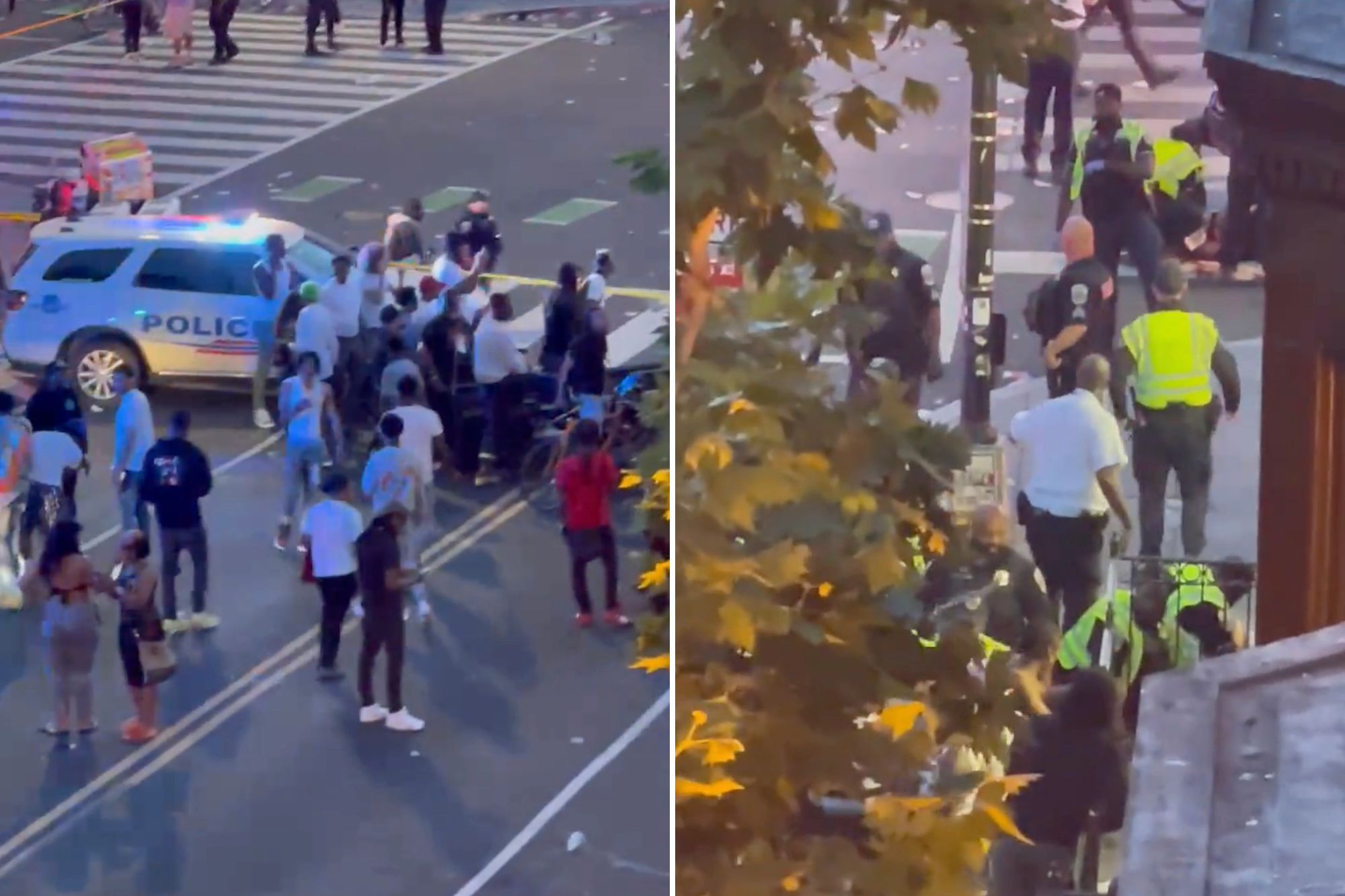 A 15-year-old boy was killed and three others, including a police officer, suffered gunshot wounds during a shooting at a music festival in Washington, DC Sunday evening.

Gunfire erupted on a street corner as crowds began to disperse from the “advocacy” festival called Moechella — which officers had shut down moments earlier over dangerous conditions.

The event was advertised as a peaceful demonstration at 14th and U Street celebrating Juneteenth, but police described a chaotic scene where several illegal guns were recovered over the course of two-and-a-half hours.

“When you have large gatherings in a dense area, all it takes is one person introducing a gun to the situation that makes it deadly,” Metropolitan Police Department Chief Robert Contee said.

“In this case, unfortunately a 15-year-old lost his life.”

The teenager was killed, while the officer was shot in his lower extremity and is being treated at an area hospital. The two other adults injured were also rushed to the hospital and are in stable condition, according to the police chief.

Before shots rang out and struck the four victims, a fight broke out among attendees, multiple unrelated illegal firearms were recovered and several people were injured when an unknown disturbance cause people to scatter and create a stampede, Contee said.

At that point, police shut down the event because it became dangerous. As officers and emergency personnel were on the scene aiding those injured during the stampede, someone in the crowd began firing a handgun, striking the 15-year-old, the police officer and two other adults.

Police also recovered a firearm off one of the victims, but don’t believe it was used during the shooting. There was no exchange of fire between the gunman and the victim, nor the gunman and police.

Contee said Mochella was an “unpermitted event” and all of the chaos happened between 6 p.m. and 8:30 p.m. with more than 100 officers responding to the festival.

He said multiple illegal firearms were confiscated by police during and after the event.

The firearm that killed the teen and injured the other victims has not been recovered.

“I think there’s a theme that you see here,” the police chief continued. “Illegal firearms in the hands of people who should not have them make events like this unsafe for people who just want to enjoy the beautiful weather, who want to enjoy Father’s Day and want to enjoy our city.”

The suspect in the shooting remains at large.

Contee and Washington, DC Mayor Muriel Bowser, who also spoke at the press conference, said the event organizers should be held accountable for the dangerous situation.

“We have a child that was killed today at an event that did not have any proper planning for the number of people who were here,” Bowser said. “Even with our police managing a crowd on site, somebody used a gun and a child is dead. We need some accountability here.”