G-strings and pasties are back on menu in Everett, Washington after a district judge ruled that a dress code requiring “bikini baristas” to cover up is unconstitutional.

The decision issued on Oct. 19 by US District Judge Ricardo Martinez ruled that the city’s dress code requiring “quick service facility” workers to wear shorts and T-shirts covering their midriffs violated both the equal protection clause of the US Constitution and the Washington State Constitution’s 14th Amendment on the grounds of gender discrimination.

“There is evidence in the record that the bikini barista profession, clearly a target of the Ordinance, is entirely or almost entirely female,” Judge Martinez wrote.

“Assuming the owners of bikini barista stands are unable or unwilling to enforce this dress code, at some point law enforcement will be asked to measure exposure of skin by some method. This ‘encourage(s) a humiliating, intrusive, and demoralizing search on women, disempowering them and stripping them of their freedom.’”

The ruling marked the end of years-long legal battle between the City of Everett and Jovanna Edge, who owns several Snohomish County coffee joints with bikini baristas.

KIRO 7 News reported that Edge and seven baristas first sued the city council in 2017, after it unanimously passed an ordinance banning attire like swimsuits and lingerie at certain businesses.

Court fillings by the city cite a history of sex work and exploitations at the coffee stands as the reasoning behind the policy.

“Police would come through in their cruisers and they would hand us a piece of paper that had rules what we were allowed and not allowed to wear,” Courtney, a local barista, told the outlet. “And if it were anything other than that, we’d be charged with lewd conduct. Which is insane!”

The baristas, in particular, argued that wearing bikinis was similar to their right to free speech.

“We are here saying we watched our moms and grandmas going through hell and we don’t have to,” plaintiff Liberty Ziska wrote. “Millions of women fought for our rights and right to vote and it’s my right to wear what I want. It’s my right as a person.”

Although Judge Martines dismissed the free speech complaint, the ruling will allow the bikini baristas to resume wearing skimpier attire at work.

Emma Dilemma, a bikini barista at Hillbilly Espresso in downtown Everett, told the Daily Herald on Tuesday that she was relieved by the decision.

“I think this protects our safety from law enforcement touching our body,” she said. “Who’s approving my outfit? Is it my female boss or some random dude cop that I don’t know? I don’t want them having to stick a ruler next to my body.”

Edge herself is more frustrated by the victory.

In a statement to the outlet, Everett’s Communications Manager Julio Cortez said the city had spend $372,298 defending the ordinance.

“The City has been engaged in this litigation since 2017 because of the number of young women who reported being forced to perform sexual acts in order to keep their jobs at certain coffee stands,” Cortez wrote.

“The goal has always been to protect these women from the owners of the stands who were, through intimidation and financial pressure, forcing these young women to perform illegal acts with customers. We are disappointed with the Court’s decision and as we look into next steps, we hope that these young women are protected and respected.”

“I think it’s worth it because it’s just the satisfaction of knowing that the little guy can stand up to the City of Everett with the deep pocket. And you still have your constitutional rights,” she told KIRO 7. 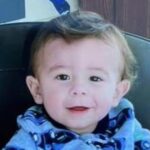 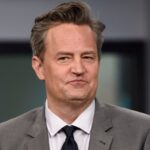