Warnock’s win gives Democrats a 51-49 majority in the Senate beginning in January. The slight advantage paves the way for Dems to take full control of committees, easing the approval process for President Biden’s judicial and administrative nominees.

The margin also frees Vice President Kamala Harris from her requirement to be the tie-breaking vote to pass controversial legislation or confirm Biden appointees. Harris has cast the deciding vote 29 times as vice president since taking office in January 2021.

“Obviously judges and nominees will be a lot easier to put on the bench,” added Schumer, who said he was “brought to tears” by Warnock’s victory speech. “It’s going to be a lot quicker, swifter and easier.”

Schumer also noted that Democrat-led committees can now issue subpoenas without GOP support due to their narrow majority.

“This election, both in November and now here on December the 6th, now shows that Americans believe in democracy,” Schumer said. “The American people rejected so many of this MAGA extremism – both in knocking down and not voting for extreme MAGA candidates … Many of the voters in the middle came over to us because they worried what the Republican Party under MAGA control would do to our democracy.”

In a tweet Tuesday, the 80-year-old Biden said that “Tonight Georgia voters stood up for our democracy, rejected Ultra MAGAism, and most importantly: sent a good man back to the Senate. Here’s to six more years.”

White House press secretary Karine Jean-Pierre on Wednesday called the GOP results in the 2022 midterms “stunningly bad” and argued “a lot of that is because of their agenda, is because they embodied the ultra-MAGA ideas.”

“The American public came out, and they put a lot of that to rest,” she added.

Republicans differed in their analysis of what led to Walker’s loss by nearly 100,000 votes. Candidate quality, former President Donald Trump’s influence, and Democratic fundraising were all cited as factors.

Georgia Republican Lt. Gov. Geoff Duncan put most of the blame on the 76-year-old Trump for Walker’s defeat.

“If we don’t take our medicine here, it’s our fault. … Every Republican in this country ought to hold Donald Trump accountable for this,” Duncan said Wednesday.

“The only way to explain this is candidate quality,” added Duncan, saying that Walker, who was pushed to run for the Senate by Trump, “will go down in history as probably one of the worst candidates in our party’s history.”

The No. 2 Republican in the Senate, John Thune of South Dakota, also blamed Trump for the loss, saying he allowed Democrats to steer the election away from being a judgment on Biden’s first months in office.

“I think in an election year when it should have been a referendum on current administration and their policies, the Democrats, in many cases, were able to kind of able to turn it into a choice election because of Trump’s presence,” Thune told CNN on Wednesday.

Sen. Lindsey Graham (R-SC), a fixture on the Walker campaign trail in the run-up to the runoff, disagreed with Thune’s assessment.

“I think we’re losing close elections not because of Donald Trump,” Graham told the network, though the former 2016 presidential candidate added of his onetime rival: “I think what he’s gonna have to do is establish to Republicans he can win in 2024.”

“He’s still very popular in the party. People appreciate his presidency. They appreciate his fighting spirit. But there’s beginning to be a sense, ‘Can he win?’”

Graham and several other Republicans also cited a need for the GOP to embrace early and mail-in voting, saying that the GOP could have benefitted from locking in votes like Democrats did in Georgia in record numbers.

“That has to change because we need to bank votes like they do. So there’s a lot to learn,” Graham told CNN.

Sen. Rick Scott (R-Fla.), the chairman of the National Republican Senatorial Committee, the organization dedicated to boosting current and perspective GOP senators, defended his group’s decision to stay out of the Georgia primaries while Walker romped to victory.

“I think we’ve got to rely on the voters in the states. It’s their states. I trust the voters,” he told CNN on Wednesday, claiming that the GOP had “good, quality” Senate candidates.

“I think we’ve got to make sure we have a good national message,” Scott added. 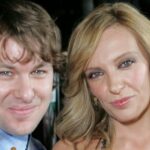 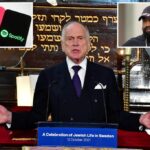