Democratic US Sen. Raphael Warnock of Georgia beat back a challenge from Republican former NFL star Herschel Walker to win Tuesday’s runoff election for Senate, according to projections.

Warnock, 53, defeated his Republican rival, 60, to score a full six-year term after winning a special election in January 2021 — with Tuesday’s victory expanding the Dems’ control of the Senate to 51-49.

With the race called Tuesday night by several media outlets, including NBC and CNN, Warnock held a razor-thin 50.4% to 49.6% lead with about 94% of the vote counted.

Warnock had won a partial Senate term in January 2021 when he defeated Sen. Kelly Loeffer, who had been appointed to fill the vacancy created by the resignation of ailing then-Republican Sen. Johnny Isakson at the end of 2019.

The runoff for the full term was forced after neither Warnock nor Walker received more than 50% of the vote in the Nov. 8 midterm election.

The intense run-off brought out some of the biggest political guns on both sides, with former President Trump and Republican senators such as Lindsey Graham lining up behind Walker, while ex-President Obama and President Biden rallied for Warnock.

Walker and Warnock remained close in the polls, but the ex-grid great began to fall behind after Pennsylvania Democratic Lt. Gov. John Fetterman defeated GOP candidate Dr. Mehmet Oz in November, flipping a Republican-held seat in that state and preserving the Senate’s razor-thin Democratic majority.

Warnock got a boost in the closing days of his campaign from Obama, and former first lady Michelle Obama appeared in a number of ads for the Democrat.

Warnock also appeared to benefit from a surge in early voting, especially in Democratic strongholds, that shattered single-day records leading up to Tuesday.

At the same time, Walker often struggled to overcome allegations by a pair of women who accused him of paying them to have abortions despite his pro-life stance and questions about his fitness to serve in the Senate. 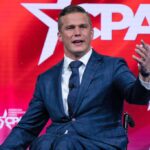