These Power Rangers morphed into real-life superheroes at a California noodle joint.

The staff at NōKA Ramen at Jack London Square in Oakland were dressed in costume as the beloved TV characters Friday during a promotion for a drink named after the show — and helped save a woman from being assaulted, ABC7 News reported.

Ploi Pirapokin, who was enjoying dinner with friends, described the surreal scene when a woman rushed into the restaurant while being pursued.

“The craziest thing just happened at dinner. I’m at a ramen shop owned by Thai people in Oakland dressed as power rangers, when a woman comes rushing in saying she wasn’t safe—and a man came running in after her and puts her in a chokehold,” Pirapokin wrote in a lengthy Twitter thread.

“Once the woman had expressed she wasn’t safe, and she didn’t want to go home with this man who was choke holding her, the black power ranger (the manager with a kickass bob) and the yellow ranger, told the man to leave. He swung at them. This is when all rangers yelled, ‘Huey!’” the diner wrote.

“‘Huey’ is the Thai expression of the Cantonese ‘Waaah,’ the Korean ‘Yaaa’ and the English, “The f—?” & the yellow ranger (who has the sweetest eyes & a sleeve of tats) stood in front of the black ranger & blocked it. Everyone tells the woman to hide in the kitchen,” continued Pirapokin, who is Thai herself.

“The man starts calling everyone Asian slurs & if Bruce Lee was still alive he’d kick everyone’s asses & beelines for the kitchen. YellowRanger grabs him by the collar to drag him out of the restaurant. Man kicks & hurls punches. A white guy yells: ‘Do you want to go to jail?’” she wrote.

Pirapokin said the assailant went outside briefly and returned with another man to try to take on the Rangers.

She explained that the man continued with his rampage, picking up “chairs, baby seats & salt + pepper shakers to throw at the windows.

“More swings are swung, more power rangers pile onto the men at the door to lock them out. Locking us in. I tell the hostess we’re paying her for our meal & double the tip. She starts shaking,” she writes.

“Cooks materializes with hairnets in disarray & ready to join the power rangers at the door, but I hear them tell the cops that the man has now started another fight down the pier,” Pirapokin adds.

Police told ABC7 that they detained the man, believing he was undergoing a mental health crisis, and took him for medical evaluation.

Pirapokin told the station via Zoom that “when something surprising breaks out, you’re not sure it’s real.

“The patrons started getting involved in a way that was supporting and making sure everyone was safe,” she said.

Pirapokin added: “Thai people are very playful. We like to laugh. Whether it’s to create harmony or balance, that’s our ethos. That’s how we approach something that’s scary or shocking or surprising. It’s something within us that we turn to laughter to try and peacekeeper right away.”

After the dust settled, the hostess – dressed as the Pink Power – told the stunned diners that their meals were free.

In a statement to NBC Bay Area, the Jack London Square shopping venue said that “while the appropriate action was taken by their professional security team, it’s nice to know that they had assistance from some real-life superheroes who jumped into help.” 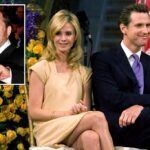 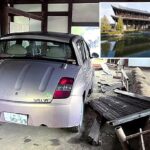