Ukrainian President Volodymyr Zelensky was en route to Washington, DC Wednesday to meet President Biden and ask Congress for more weapons in his first surprise overseas trip since the outbreak of the war 300 days ago.

In a tweet, Zelensky said the visit was aimed at strengthening Ukraine’s “resilience and defense capabilities” as Russian forces continued attacking Ukraine’s battered energy and water infrastructure in the middle of winter.

Zelensky had not left Ukraine since Russian troops invaded the country on Feb. 24. His first foreign wartime trip was expected to last several hours.

Polish news outlet TVN24 reported Zelensky crossed into Poland early Wednesday en route to the US. The station aired footage of what appeared to be the Ukrainian leader arriving at a train station and being escorted to a motorcade.

TVN24 said the video, which was partially blurred for security reasons, was shot Wednesday in the town of Przemysl on the Polish-Ukrainian border.

Zelensky will meet Biden and top national security aides at the White House in the afternoon, participate in a joint news conference with the president in the East Room and then head to Capitol Hill to address a joint session of the Senate and House of Representatives.

White House press secretary Karine Jean-Pierre, in a statement Tuesday night, said that Biden looks forward to Zelensky’s visit and that the address to Congress will demonstrate “the strong, bipartisan support for Ukraine.”

The two leaders have frequently spoken by phone, with most of their interactions having been described as cordial, except for one conversation in June, when Biden reportedly snapped at his Ukrainian counterpart after Zelensky asked for even more assistance after being informed of a $1 billion aid package coming his way.

“The visit will underscore the United States’ steadfast commitment to supporting Ukraine for as long as it takes, including through the provision of economic, humanitarian, and military assistance,” she said.

In her invitation to Zelensky to address a joint meeting of Congress at the US Capitol, House Speaker Nancy Pelosi said “the fight for Ukraine is the fight for democracy itself” and that lawmakers “look forward to hearing your inspiring message of unity, resilience and determination.”

Biden and Zelensky first discussed the idea of a joint summit in Washington during their most recent phone call on Dec. 11, and a formal invitation followed three days later, said a senior administration official.

Zelensky accepted the invitation Friday and it was confirmed Sunday, when the White House began coordinating with Pelosi to arrange the congressional address.

The White House consulted with Zelensky on security for his departure from Ukraine and travel to Washington, including the risk of Russian action while Zelensky was briefly out of the country, the official added, declining to detail the measures taken to safeguard the Ukrainian leader.

Pelosi, who visited Zelensky earlier this year in Kyiv, encouraged lawmakers to attend Wednesday evening’s address by the Ukrainian leader.

“We are ending a very special session of the 117th Congress with legislation that makes progress for the American people as well as support for our Democracy,” Pelosi wrote Tuesday in a letter to colleagues. “Please be present for a very special focus on Democracy Wednesday night.”

Later at the Capitol she said of Ukrainians, “They are fighting for democracy for all of us.”

Zelensky’s top political adviser Mykhailo Podolyak said the US visit showed the high degree of trust between the two countries and offered him the opportunity to explain what weapons Kyiv needs.

“This finally puts an end to the attempts by the Russian side … to prove an allegedly growing cooling in our bilateral relations,” Podolyak said. “This, of course, is not even close. The United States unequivocally supports Ukraine.

Biden will announce nearly $2 billion in additional military assistance for Ukraine that will include a Patriot surface-to-air missile battery to help it defend itself against barrages of Russian missiles, a senior US official said.

Zelensky’s trip comes as US lawmakers are set to vote on a year-end spending package that includes about $45 billion in emergency assistance to Ukraine.

.”..Weapons, weapons and more weapons. It is important to personally explain why we need certain types of weapons,” Podolyak said. “In particular, armored vehicles, the latest missile defense systems and long-range missiles.”

Biden will be face-to-face with the man he has spoken with regularly over the past 10 months but not met in person since the war broke out. He will not use the talks to push Zelensky towards the negotiating table with Putin, the US official said.

The Kremlin said Wednesday it saw no chance of peace talks with Kyiv. In a call with reporters, spokesman Dmitry Peskov said that continued Western arms supplies to Ukraine would lead to a “deepening” of the conflict.

The Biden administration has provided about $20 billion in military assistance to Ukraine, including artillery ammunition, munitions for NASAMS air defense systems and for high mobility artillery rocket systems (HIMARS).

Zelensky headed to the US just hours after making a dangerous trip to what he called the hottest spot on the front line of the war, the city of Bakhmut, where he met with Ukrainian troops and awarded medals.

In a video released by his office from what he dubbed “fortress Bakhmut,” Zelensky was handed a Ukrainian flag and hinted at planning to deliver it to US leaders.

“The guys handed over our beautiful Ukrainian flag with their signatures for us to pass on,” Zelensky said in the video. “We are not in an easy situation. The enemy is increasing its army. Our people are braver and need more powerful weapons. We will pass it on from the boys to the Congress, to the president of the United States. We are grateful for their support, but it is not enough. It is a hint — it is not enough.” 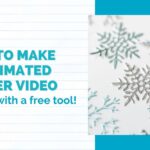 How to Make An Animated Winter Video 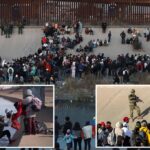