Russian President Vladimir Putin on Wednesday declared martial law in the four illegally annexed regions of Ukraine ahead of a looming attack on Kherson by Kyiv’s forces.

In televised remarks to members of his Security Council, Putin also issued a decree restricting movement in and out of eight regions adjoining Ukraine.

The measures apply to the southern regions of Krasnodar, Belgorod, Bryansk, Voronezh, Kursk and Rostov, which are all near Ukraine, and the territories of Crimea and Sevastopol, which Russia seized from Ukraine in 2014.

Putin said he was conferring additional powers on the leaders of all of Russia’s 80-plus regions to protect critical facilities, maintain public order and increase production in support of what Moscow calls its “special military operation”.

The moves came the same day Kremlin-backed officials in occupied Kherson urged civilians to flee and said they were preparing to evacuate up to 60,000 people ahead of an imminent Ukrainian attack, which they vowed to repel “to the death.”

The Russian-appointed governor of the region, Vladimir Saldo, said in a TV interview: “No one is about to surrender Kherson but it’s undesirable for residents to be in a city where military actions are going to be conducted.”

“We expect an attack, and the Ukrainian side doesn’t hide that,” Saldo said.

His deputy Kirill Stremousov warned that a Ukrainian offensive was coming soon.

“I ask you to take my words seriously and take them to mean: the fastest possible evacuation,” he said in a late-night post on Telegram.

Kherson is one of four Ukrainian regions that Russia partly controls and whose annexation it proclaimed last month following referendums, which were denounced as illegal by Ukraine and the West, placing them under its nuclear umbrella.

If Ukraine were to reclaim it, it would deal a huge new blow to Putin’s military and test his stated commitment to defend what he claims as Russian lands with all available means including nuclear weapons.

Russian forces in Kherson have been driven back by 13 to 20 miles in the last few weeks and are at risk of being pinned against the right or western bank of the Dnipro River.

Saldo said on Russian TV: “At the current moment we have enough possibilities to repel attacks and go on the counter-offensive, if the tactical situation demands it. The city will hold out, we simply need to protect peaceful residents. The soldiers know what they have to do, they will stand to the death.”

More than 5,000 people had already left the city in the past two days and an estimated 10,000 people a day would be moved out over the next six days, he said, adding that some regions in Russia were being prepared to accept people.

Kherson residents have received text messages warning of the urgent need to evacuate. Russia’s state-run news agency RIA Novosti reported Wednesday that one message said “there will be shelling of residential areas by the Armed Forces of Ukraine.”

The message promised “buses starting from 7 a.m. … to the left bank” of the Dnieper River, toward Russia.

Some residents of the Russian-held city of Kherson were shown on Russian state TV leaving by boat Wednesday from the right bank of the River Dnipro to its left bank.

Andriy Yermak, the head of Ukrainian President Volodymyr Zelensky’s office, accused Russia of putting on a propaganda show in Kherson.

“The Russians are trying to scare the people of Kherson with fake newsletters about the shelling of the city by our army, and also arrange a propaganda show with evacuation,” Yermak wrote on Telegram.

On Tuesday night, the new commander of Russian forces in Ukraine, dubbed “General Armageddon,” made a rare acknowledgment of the pressures they were under from Ukrainian offensives to retake southern and eastern areas that Moscow says it annexed “forever” just weeks ago.

Referring to Kherson, General Sergei Surovikin said: “The situation in this area is difficult. The enemy is deliberately striking infrastructure and residential buildings.” 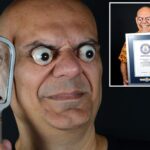 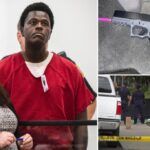