A “virtually mummified” woman’s body was found in a clothing donation bin in South Carolina that likely had “not been emptied in many years,” according to authorities.

The so-far-unidentified remains were discovered early New Year’s Eve in a rusty bin near the Camden West Inn in Lugoff after someone reported a stomach-churning odor, officials in Kershaw County said.

Investigators initially assumed it was someone who’d sought shelter from the recent cold — but soon realized the remains had been there for at least several months, Coroner David West said.

“The donation bin had likely not been emptied in many years,” West added, saying that the bin contained ancient items like VHS tapes.

Sheriff Lee Boan told Fox 57 that it was impossible to ID the woman or detect her exact age because the body “was badly decomposed and mostly skeletal.”

That also made it impossible to know exactly how she died, he stressed.

“We are taking all precautions” and state investigators have “processed the scene as they would a homicide investigation,” he said.

An autopsy has been scheduled for Wednesday. 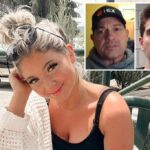 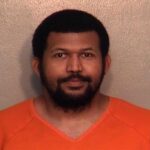