Virginia zoo visitors witnessed a rare sight when they saw a mother giraffe, who’s part of an endangered species, give birth to her ninth calf earlier this month.

Mom and baby, part of the Masai species, were both doing well following the pleasant surprise, the Virginia Zoo in Norfolk reported. The female baby giraffe, named Tisa, weighed in at 122.5 pounds and stood six feet tall.

“The arrival of the calf was also unique with Zoo visitors being able to experience the birth, which occurred that morning in the Zoo’s giraffe barn,” the zoo said in a statement.

“Zoo’s Animal Care Staff had been preparing for the calf’s arrival although the exact due date is never certain.”

A video posted by the zoo on Facebook shows the mother, named Imara, tending to her youngest one after welcoming her into the world on Sept. 9.

Masai giraffes were designated an endangered species in 2019 by the International Union for Conservation of Nature (IUCN), National Geographic reported. The giraffes are mostly seen in Kenya and Tanzania and have fallen in numbers because of poaching and habitat loss.

The zoo said ten days after the birth an examination of Tisa by zoo doctors found she was “healthy and full of personality!”

“Mom and baby are bonding, and the calf is nursing well. She appears strong and is already learning to run!”

The recent birth is the ninth for Imara and 15th for father, Billy, according to the zoo. The two adult giraffes were matched “based on a recommendation from the Association of Zoos and Aquariums’ Species Survival Plan for Masai giraffes,” the zoo noted.

The name Tisa comes from the Swahili language, which means nine to mark Imara’s number of children now and to signify the date the calf was born on.

The zoo now has five giraffes in its herd. 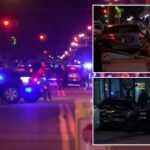 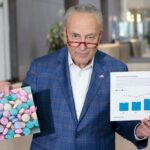