Security personnel at Washington Dulles International Airport stopped a woman trying to bring giraffe and zebra bones back to the US from Kenya, according to Customs and Border Protection (CBP).

The woman, who was not identified because she was not criminally charged, initially declared that she just had a small Acacia tree twig in her possession when she arrived at the airport on Nov. 17.

The small twig was fine to bring back to the US, but CBP agricultural specialists found the animal bones while x-raying her bag during a secondary examination.

The woman allegedly told authorities that she found the animal remains in Kenya and wanted to bring them back to the US as souvenirs.

Fish and Wildlife Service inspectors determined that importation of the giraffe and zebra bones violates the Lacey Act, which combats the trafficking of wildlife and plants, as well as other laws. Certain animal remains and plants could introduce diseases to the US, according to CBP.

“About two years ago, one of our officers notified us that they had a passenger that had a baboon skull,” Brewer told the local news outlet. “We’ve had whole sides of cows literally shoved into big canvas bags… the smells are interesting sometimes of the stuff we encounter.” 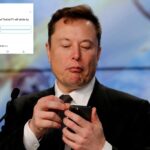 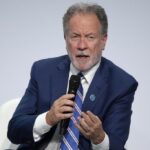