A judge recently ruled that a former Virginia Tech women’s soccer player can continue a lawsuit against her former coach after she was allegedly benched and pressured to leave the team for declining to kneel during a pregame social justice demonstration.

Kiersten Hening, who was a midfielder/defender for the Hokies from 2018 to 2020, sued coach Charles “Chugger” Aidair in 2021 on First Amendment grounds, which federal Judge Thomas Cullen announced on Dec. 2 can proceed to trial.

Hening alleged that Adair was not a fan of her political views and that she often differed from her teammates on social justice issues during the height of the Black Lives Matter movement in 2020.

Hening further explained in the lawsuit that while she “supports social justice and believes that black lives matter,” she “does not support BLM the organization,” citing its “tactics and core tenets of its mission statement, including defunding the police.”

After Hening declined to kneel during a reading of a “unity statement” before a game against UVA on Sept. 12, 2020, she said Adair “verbally attacked” her at halftime, claiming she was “b–tching and moaning” while jabbing a finger in her face.

The coach continued to berate Hening until he benched her and ultimately made things so intolerable that she felt compelled to quit the team, according to the suit.

“Hening, who had been a major on-field contributor for two years prior to the 2020 season, also asserts that Adair removed her from the starting lineup for the next two games and drastically reduced her playing time in those games because she had engaged in this protected First Amendment activity. As a result, Hening resigned from the team after the third game of the season,” Cullen noted in his recent ruling.

Hening’s time on the field dropped off following the incident, the judge noted.

“As a freshman, Hening averaged 76 minutes of playing time; as a sophomore, nearly 88,” Cullen wrote. “But during the Clemson game [the next game after the kneeling incident], Hening only played 29 minutes, and, at the UNC game, just 5.”

Adair, who argued that two other players who declined to kneel did not face reduced playing time, moved to dismiss the lawsuit, which was denied.

“Ultimately, Adair may convince a jury that this coaching decision was based solely on Hening’s poor play during the UVA game, but the court, viewing the evidence in the light most favorable to Hening, cannot reach that conclusion as a matter of law,” ruled Cullen, who said the issues in the case are fundamental.

“While the US Supreme Court and the Fourth Circuit may not have addressed the novel factual circumstances presented here—i.e., a college coach allegedly retaliating against a player for refusing to kneel with her coaches and teammates in support of perceived unity and social justice—the core constitutional principle is both clearly established and fundamental to a free society, and especially to an institution of higher education,” Cullen wrote. 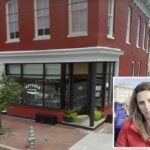 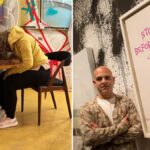