The Virginia schoolteacher allegedly shot by a 6-year-old student last week asked about her students in the moments after the harrowing confrontation, police said Monday.

“Do you know how my students are?” Abby Zwerner asked cops after being rushed to a local hospital with life-threatening injuries, Newport News Police Chief Steve Drew said.

“Abigail is a trooper, she is a hero,” he said.

Zwerner was critically wounded Friday when a 6-year-old student allegedly drew a 9mm handgun, pointed it at the teacher, and fired.

The bullet went through one of Zwerner’s hands and struck her chest, police said.

Another 6-year-old student who witnessed the shooting told The Daily Press that her classmate shot Zwerner “on purpose.”

She fell to her knees after being hit, the girl said.

Police called Zwerner a hero for what happened next. She ushered the roughly 14 to 16 additional students out of the classroom before stumbling down the hallway herself to the school office, where she collapsed, Drew said.

“She made sure every one of those kids were out of that room. She was the last one to leave … after suffering a gunshot wound, to make sure her students … were safe,” Drew said.

“From the video surveillance we have of that hallway, you can see the students running out of that classroom across the hall into another classroom. Ms. Zwerner was the last person to leave that class,” he said. 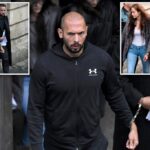 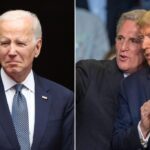