Loudoun County Superintendent Scott Ziegler was fired by the school board Tuesday night in response to a grand jury report on the district’s handling of two sexual assaults committed by the same student.

The Northern Virginia district drew national attention last year after a father accused it at a school board meeting of covering up his daughter’s sexual assault in which a biological boy wearing a skirt raped her in the girls’ bathroom. The suspect then transferred to another school in the district and assaulted another girl, and faced charges in both cases.

The father alleged the district had attempted to cover up his daughter’s assault to advance its transgender policy, which had been subject to parental protests at LCPS school board meetings.

The grand jury report released Monday said the district was looking out for its own interests instead of the best interests of its students and that the school system “failed at every juncture.”

LCPS displayed a “stunning lack of openness, transparency and accountability, both to the public and to the special grand jury” about its response to the sexual assaults, according to the report, which also condemned Ziegler for denying at a June 2021 school board meeting that he had any knowledge of the first assault, which had occurred in May of that year. The second assault was committed in October 2021.

Ziegler had said at the board meeting that “the predator transgender student or person simply does not exist,” and, to his knowledge, “we don’t have any record of assaults occurring in our restrooms.”

But in an email dated May 28, the same day as the initial assault, the superintendent alerted school board members that an assault had been reported.

The grand jury’s report explained that the district failed at several points to “step in and alter” the sequence of events that led to the second assault. It also said the grand jury did not find a “coordinated cover-up” between school officials and the school board but that the second assault “could have and should have been prevented.”

“A remarkable lack of curiosity and adherence to operating in silos by LCPS administrators is ultimately to blame for the October 6 incident,” the report stated, adding that LCPS “bears the brunt of the blame.”

According to emails detailed in the report, senior district officials privately met to discuss the first assault and linked it to Policy 8040, which allows students to use bathrooms and locker rooms that correspond with their gender identity.

The investigation is now complete, and no indictments have been issued.

The grand jury heard testimony from over 40 witnesses and reviewed over 100 pieces of evidence in their investigation. The report noted that the LCPS school board attempted to “thwart, discredit and push back” against the investigation. 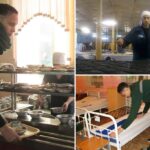 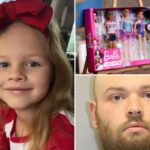