A Virginia corrections officer opened fire on his pregnant girlfriend, killing her and the unborn child in a barrage of bullets, police said.

Dustin Barret Owens, 38, was arrested Monday for the slaying of Amber Dawn Compton, of Vansant, Va., who was seven months pregnant with his baby, the Buchanan County Sheriff’s Office said.

Compton, a 35-year-old nurse and mother of three, was reported missing Saturday — and found dead around 10 p.m. that night inside her home.

She had multiple gunshot wounds, the sheriff’s office said.

“We are still trying to establish a timeline of her movements and what she had done in the past few days prior to the discovery of her body,” Buchanan County Chief Deputy Sheriff Eric Breeding told People. “The last time she was seen alive was Thursday evening.”

After searching the home, investigators turned their attention to Owens, who was arrested in his Vansant home Sunday.

Owens was charged with first-degree murder and is being held without bond at the Southwest Virginia Regional Jail Authority Haysi facility. Officials said additional charges may be filed.

According to Breeding, both Owens and Compton worked at the Keen Mountain Correctional Facility in Oakwood, Va. Compton was a registered nurse at the prison, her obituary states.

Officials did not disclose a motive for the murder.

“We feel like we do have a motive that would be fairly easily proven,” Breeding told People.

Compton had three children with another man, but police believe Owens was the father of the baby she was carrying, though DNA testing still needs to be conducted.

“She was a wonderful, wonderful mother,” Rachel Compton said. “A wonderful daughter. Everything that she did always (was) done (for) the benefit of her children.” 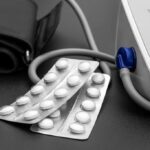 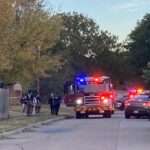