Rep. Donald McEachin, a Democrat from Virginia, has died at the age of 61 from colorectal cancer, his chief of staff announced on Monday.

“We are all devastated at the passing of our boss and friend, Congressman Donald McEachin. Valiantly, for years now, we have watched him fight and triumph over the secondary effects of his colorectal cancer from 2013. Tonight, he lost that battle, and the people of Virginia’s Fourth Congressional District lost a hero who always, always fought for them and put them first,” Tara Rountree, McEachin’s chief of staff, said in a statement.

“Until a new representative is elected, our office will remain open and continue to serve our constituents. The family asks for privacy at this time. Arrangements will be announced over the next few days,” Rountree added.

McEachin has represented the Commonwealth of Virginia’s Fourth Congressional District, which stretches from the capital city of Richmond east toward Chesapeake, since 2017.

Sen. Mark Warner (D-Va.) remembered his congressional colleague and friend as a “fighter” focused on “social and environmental justice” in a tweet Monday night.

“Up until the very end, Don McEachin was a fighter. Even though he battled cancer and faced other trials in recent years, he never lost his focus on social and environmental justice,” Warner said.

Rep. Pramila Jayapal (D-Wash.) called the news of McEachin’s death  “heartbreaking,” and she remembered him as a “real fighter for justice.”

“This is heartbreaking news. The country has lost a real fighter for justice today. Rep. McEachin and I came into Congress together in 2017 and we started the first ever environmental justice taskforce, along with [Rep. Nanette Barragán (D-Calif.)],” Jayapal said on Twitter.

“He was an amazing advocate … always willing to stand up and fight for communities that have been left behind and passionate about climate justice.  We will miss him terribly in Congress. My deepest condolences to his family, staff and loved ones. Rest in peace and power, Don,” Jayapal added in her tweet.

Rep. Joe Neguse (D-Colo.) also tweeted his remembrances of McEachin Monday night, calling the Virginia congressman a “trailblazer” who will be “remembered.”

“Devastated to learn of the passing of our dear friend & treasured colleague, Rep. Don McEachin. He was a true trailblazer, whose legacy of service to our country will be remembered for years to come,” Neguse said, adding that he and his wife will keep McEachin’s family in their prayers.

Before being elected to Congress, McEachin served as a legislator in both chambers of Virginia’s General Assembly.

McEachin is survived by his wife, who is the city of Richmond’s Commonwealth’s Attorney Colette McEachin, and their three adult children. 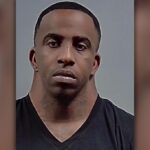 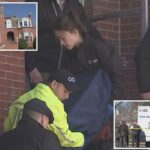